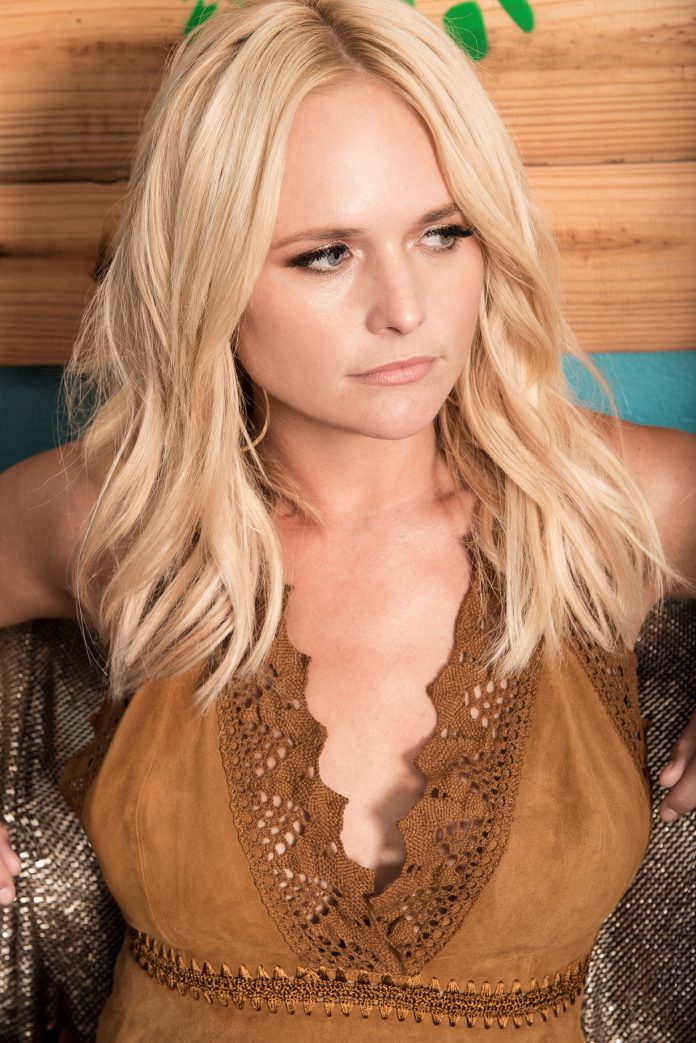 The newly PLATINUM song, “Vice,” that received GRAMMY and ACM nods for Best Country Solo Performance and Best Country Song as well as SINGLE OF THE YEAR, SONG OF THE YEAR (artist and songwriter), and VIDEO OF THE YEAR respectively was co-written by Lambert along with fellow GRAMMY Award-winning songwriters Shane McAnally and Josh Osborne.

Just a little over a year removed from it hitting the Country Radio airwaves “Vice” now stands tall with PLATINUM status in addition to appearing on the album The Weight of These Wings also touting PLATINUM.

The song “that points Lambert in a new direction” [Rolling Stone] was the first taste of music from the singer/songwriter’s sixth studio album The Weight of These Wings, that Lambert’s overwhelming fan base received when it hit the Country Radio airwaves in July 2016.

The Weight Of These Wings features 24 songs and was produced by Frank Liddell, Glenn Worf, and Eric Masse.

The Texas native released her most recent effort, a double album titled The Weight of These Wings in November 2016, which debuted at No. 1 on the Billboard Country Albums chart. She touts six studio albums to her repertoire; Kerosene (2005), Crazy Ex-Girlfriend (2007), Revolution (2009), Four The Record (2011) and Platinum (2014), the latter earning Lambert a GRAMMY Award for Best Country Album, in addition to her previous GRAMMY win for Best Female Country Vocal Performance in 2010 for “The House That Built Me.”  The first song released from The Weight Of These Wings, “Vice,” received multiple Grammy and ACM Award nominations. Her third single, “Tin Man”, is currently at Country Radio. www.Mirandalambert.com