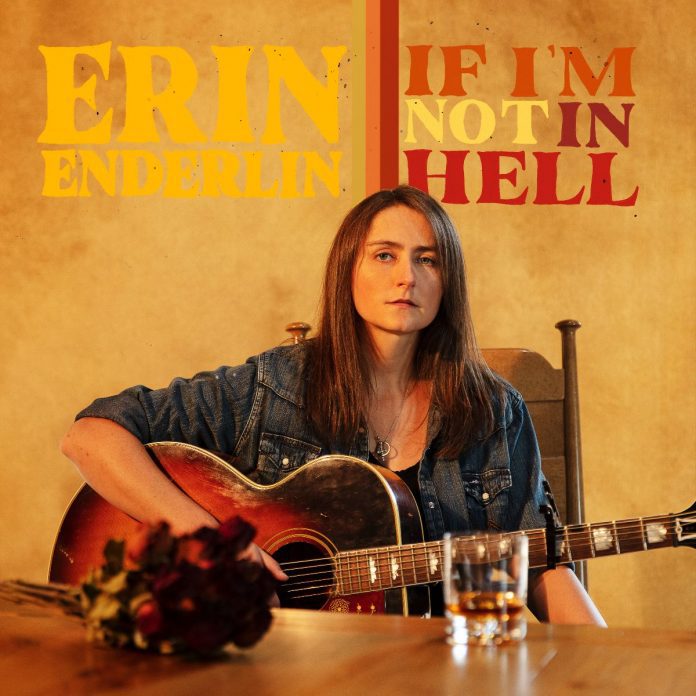 NASHVILLE, Tenn. – A storyteller and lover of sharply-drawn characters, Erin Enderlin has a way of turning a song or even just a thought into an outstretched hand to the lonely or ashamed. While she first turned heads as a godsend to those aching for an artist with some golden-era country backbone, she has since emerged as a literary songwriter and superb vocal artist. Enderlin’s new song, “If I’m Not In Hell” is available everywhere today. Listen HERE.

“I wrote the song with two of my best friends, Kayla Ray and Kimberly Kelly,” shares Enderlin. “They are incredible artists and writers, and we all love old school country music. I had written the title down in my idea book, and I knew they were the perfect people to help bring it to life. It’s honestly one of my favorite songs that I’ve ever been a part of and captures all my favorite elements of a country song. What can I say, sad songs make me happy.”

Enderlin’s new song captures the pain and anguish that comes with the complex web of consequences from losing the one you love. Dripping with fiddle and pedal steel guitar, it mines the vein of classic country heartache reminiscent of genre giants such as Patty Loveless and Alan Jackson. The song’s raw emotion captures a moment in time, without a nice, wrapped-in-a-bow, things-get-better ending—honesty that is signature to Enderlin.

The Arkansas-native released her full-length album Faulkner County in November 2019 to critical acclaim, with Billboard noting Enderlin “captivates throughout” and “proves that traditional country music is alive and well,” while Rolling Stone observes her “knack for literary flourish,” later earning the No. 17 spot on Rolling Stone‘s “40 Best Country And Americana Albums of 2019,” praising the record to be “as satisfying as your favorite short story collection.”

The Country Music Hall of Fame & Museum included Enderlin in their annual American Currents exhibit, featuring her in the Unbroken Circle section of the exhibit, which positions contemporary artists who have had breakthrough years with those who have influenced them, placing Enderlin with one of her heroes, Reba McEntire.

In late 2020, Rosanne Cash heard and loved “Queen of Marina del Rey,” a Faulkner County album standout with saloon-worthy piano and a short story’s worth of lyrical detail. Cash is name checked in the song, along with her friend, Elton John. Cash sent the album to John, and his response to the song’s boozy, campy swagger was to invite Enderlin onto his podcast, Rocket Hour.