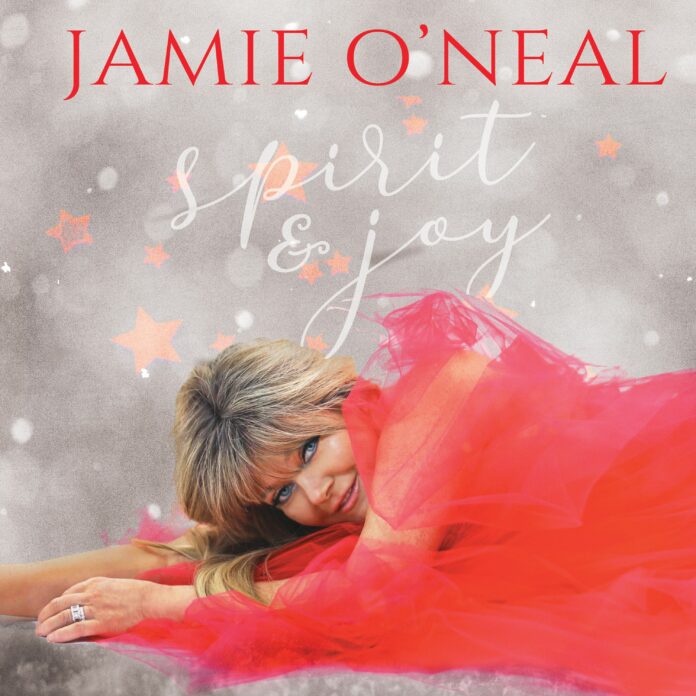 NASHVILLE, Tenn. – Multi-GRAMMY® nominated entertainer Jamie O’Neal spreads Spirit & Joy with the announcement of her debut Christmas album. The album celebrates the cheerful nature of the season, while also honoring the sentimental side of the holidays. Spirit & Joy will be available on Oct. 21 via JOG Inc. and BFD/AUDIUM Nashville with distribution through The Orchard.

“The delicate arrangement offers a refreshing take on a holiday tune, straying away from the trademark deck-the-halls gaudiness of most Christmas classics (American Songwriter).”

With cuts from Reba McEntire, Martina McBride, Idina Menzel and more, O’Neal co-wrote three originals for Spirit & Joy, “Christmas You,” “Gulf of Mexico” and “You Were Christmas to Me.” Spotlighting O’Neal’s “jazz-infused country touch (Wide Open Country),” “Christmas You” was released last year along with “White Christmas,” which “turns the arrangement on its head (Taste of Country).”

Spirit & Joy was produced by O’Neal and her husband Rodney Good. The pair also recorded their first-ever collaboration, a duet of “Please Come Home for Christmas,” for the project. O’Neal’s father Jimmy Murphy, sister Melissa Murphy and daughter Aliyah Good also joined O’Neal on “Do You Hear What I Hear?” The album wraps up with a collaboration featuring fellow ACM Award winner Collin Raye on “Silver Bells.”