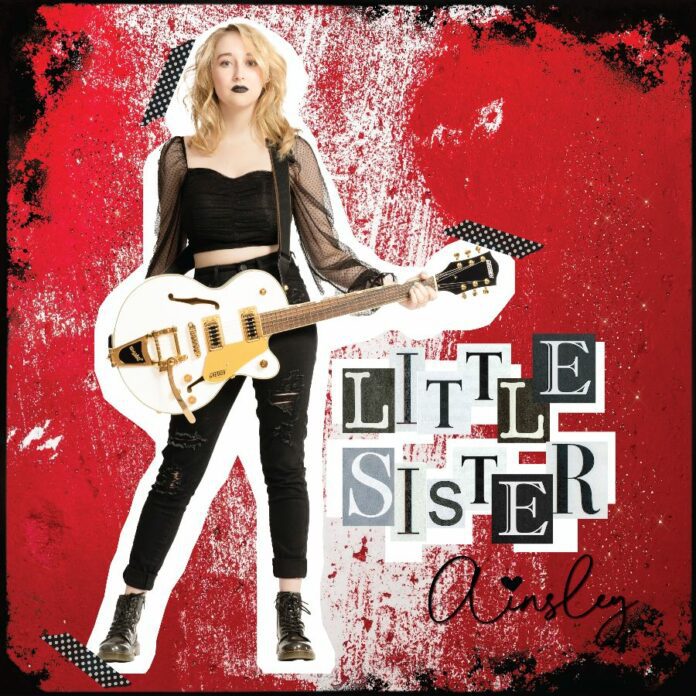 Partnered with Jason Johnston of Fifty Oars motion Pictures Co. no detail is left unchecked. Costello utilizes a variety of shots of her singing and playing guitar on her bed, glancing over at a flatscreen television that has her sister on it, back to the camera. We also see shots of Ainsley singing along to her song, switching between striking red and sleek black outfits. These two colors are cleverly able to convey her mixed feelings about her older sister; she loves her, but she also hates feeling like she’s always stuck in her shadow, chasing an ideal that isn’t her.

From the colors chosen throughout the video to the B-Roll footage between verses and choruses every shot is chosen perfectly and with a purpose. Costello cleverly sneaks in a quick shot of Taylor Swift guitar picks (someone she has always been likened to), just another example of how you can be living in someone else’s shadow. First frame to last frame this song re-enforces the challenges of breaking out of a “big sister’s” shadow!