Hailing from an island in Maine, Lauren Crosby’s music is a pure creative expression of the North Atlantic. With hints of smoke and salt, her voice is deeply captivating, yet light with wit and life. A lobsterman’s daughter let loose in the modern world, Lauren’s old soul lends itself to the surrealism of her surroundings and everyday happenings. Her style is a unique one to categorize. As a self-taught guitarist and singer, she enjoys blending classic rock, lyric-y folk, and vintage western. Since she first stepped into the bar room at the age of fourteen to perform with the likes of the old fishermen and shipyard workers, Lauren has had a keen eye for observation—which she effortlessly weaves into her songwriting. Lauren claims, “I’ve got the brains of a heartsick twenty-something sailor, and the eyes of a two-hundred-year-old admiral”. At 16, she was invited to perform with folk singer Jonathan Edwards, and since then, has a long list of well-to-do artists she has opened for or performed with, including Drake White, Assembly of Dust, and LISSIE.

Lauren recorded her debut-self titled album at the age of 19 in the basement of a local songwriters house in Mid-Coast Maine. Just a month earlier, her songwriting caught the ears of Bob Weir, and she was flown out to TRI Studio in San Rafael, California to record two songs at the Grateful Dead members legendary musician playpen. Lauren is a self-made adventuress—never taking anything too seriously, and always leaving room for the unknown. Leaving Maine in 2013 to live and study in Memphis and Albuquerque, Lauren fell in love with a life of bouncing around. She returned home in 2016 to record a live concept album, Back River Beauties, which pays homage to her hometown of Georgetown Island. She graduated with a degree in teaching from the University of Maine at Farmington and took off on her first self directed West Coast Tour with her longtime bandmate Aaron Nadeau.

After her first tour, Lauren received a job teaching English in South Korea. Six months later, she took teaching gig in a Yupik Eskimo Village on Alaska’s Bering Sea. She has miles worth of stories, which unfold in her sophomore studio album, I Said Take Me To The Water, which was recorded in 2018, a week after she returned from a year stint teaching English and music under a Fulbright Fellowship in a rural town in Thailand. Lauren jokes, “you learn a lot about yourself and the world when you are living alone, stripped from your language, your culture, and your loved ones—but it all comes back around when there are handsome men to smile at.” I Said Take Me To The Water is a coming of age, multi-genre collection of songs penned about Lauren’s travels, Lauren’s home, and the deep dark depths of her love. 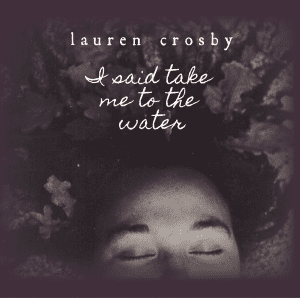 I Said Take Me To The Water tracklist: