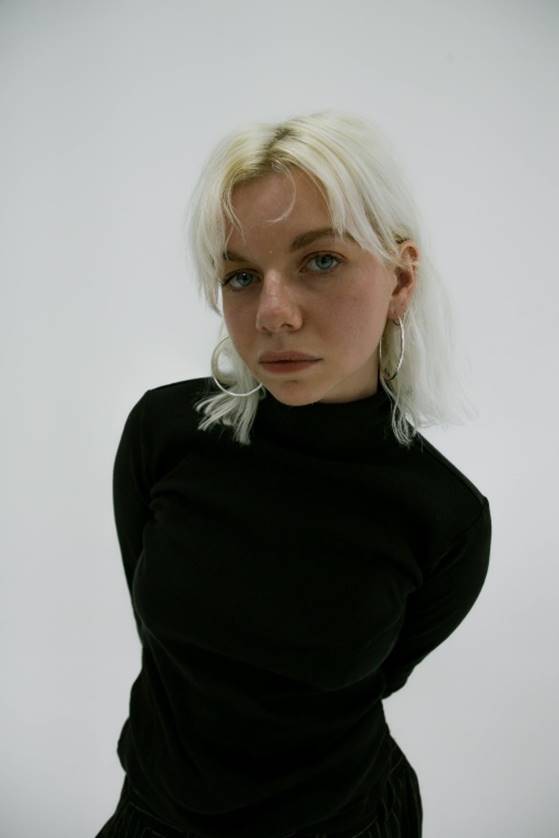 London artist Alice SK’s new single “Run Away” is a striking vintage-noir track about being trapped in our minds and how this can lead to us being our own worst enemy. Alice’s haunting, soulful voice sounds classic yet modern through the influence of cultural icons, such as Ella Fitzgerald & Joni Mitchell, and present-day acts, like The Strokes, to create something fresh.

The single comes from Alice SK’s forthcoming debut EP “Electric”, produced by Muca (Los Bitchos, L.A. Salami). “Run Away” is the fourth track to be unveiled from the EP, following the release of Muca’s single “Until We Meet Again” and Alice’s tracks “Another Girl’s Man” and “Hidden Paradise”. Alongside Brazilian bossa nova legend Roberto Menescal, Alice featured on “Until We Meet Again” which caused a stir during the summer and the track will also be released as part of the EP package.

Written in lockdown, when we all had a lot of time to reflect on life, relationships, and our own thoughts, “Run Away” captures the moment at when we start to overthink and analyse and start on a self-destruction landslide without realising that it’s happening. The track’s production has an organic feel and an unsettling intrigue with a vinyl crackling backdrop and dark enveloping moods that build to great effect. Portishead vibes are blended with the uniqueness of Alice’s deep and low vocal tones as the track grows out of control.

The video for the single, directed by Henry Harte conjures late 90s nostalgia. On the video’s concept and style, he reveals, “I wanted to capture not only the vibe of the song but the story, and with that I incorporated the backdrop of a harsh cityscape paralleled with imagery of escaping or ‘running away’ by car as a visual metaphor for being more hopeful for the future. I used super 8 sim to portray the nostalgic aesthetic and texture.”

With blogs, magazines and radio stations like Get In Her Ears, When The Horn Blows, Songwriting Magazine, BBC Radio London, Amazing Radio, XS Noize, Glide Magazine, Songlines, Record Of The Day and more already praising Alice’s efforts and with “Run Away” taking things up a notch in Alice’s gorgeous ability to convey emotions and stories, it shouldn’t be too long before Alice SK is a name on everyone’s lips.