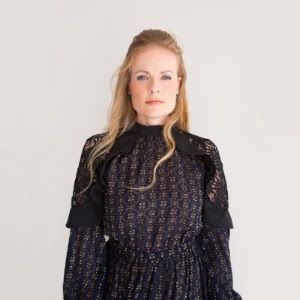 Lauded by the media for her stunning performance at California’s famed honky-tonk, The Palomino, which re-opened for a one-night-only benefit in October, songstress Alice Wallace is ready to carry forward the West Coast country legacy that the legendary venue embodied with her new album Into the Blue – set for release on January 18, 2019. The album will be Wallace’s debut on Rebelle Road Records, a Los Angeles label founded by women and dedicated to balancing equity for female artists and keeping alive the California country sound.

Pollstar called her stellar moment on the famed stage (which has been described as the Grand Ole Opry West), “shot through with Crystal Gayle’s ache and Linda Ronstadt’s country essence.” It’s a reference that listeners will catch on the album’s stirring songs, from “The Blue,” which Wallace says “is a song about taking the risk to do what you love,” to the soaring refrains in “The Lonely Talking.”

Her style on this latest effort reflects distinctive musical evolution and places Alice squarely among a host of West Coast artists who are finding success in the Americana scene with songs that are definitively coastal. The 10 songs (plus a bonus track) shine an even brighter light on this Golden State singer, whose luminous voice and soulful, tremulous delivery is reminiscent of classic country icons but imbued with her own vocally rich, modern style.

Into the Blue is an album that’s both driven and dynamic. It’s a virtual tour de force for an artist whose list of credits and accomplishments include designation as 2017’s “Female Vocalist of the Year” at the California Country Awards and “Best Country/Americana Artist” at the L.A. Music Critic awards.

It’s little wonder then that Wallace has been so frequently praised by the press and her fellow musicians. Ray Wylie Hubbard, one of many artists with whom she’s shared stages, described her as possessing “Steve McQueen ‘Cincinnati Kid’ cool.”

Co-produced by Steve Berns and Rebelle Road’s KP Hawthorn, and backed by an all-star ensemble that includes drummer Jay Bellerose (Bonnie Raitt, Elton John, Aimee Mann), multi-instrumentalist Jeremy Long (Sam Outlaw), bassist Jennifer Condos (Jackson Browne, Graham Nash), guitarist Tom Bremer, and string arranger Kaitlin Wolfberg, Wallace has made her most accomplished effort yet, a set of songs as rich and resilient as the state it celebrates. Wallace finds the means to convey emphatic emotions throughout every song on the album. On “Elephants,” a song penned by her co-writing partner Andrew Delaney, Alice gives voice to women who have historically been asked to “live quiet as a mouse in a room full of elephants.” In the heart-wrenching “Desert Rose,” she ably inhabits the persona of a young mother willing to sacrifice everything to give her baby a better life across the border. The themes echo today’s headlines and provide a powerful pull as a result. “Santa Ana Winds” was written after the 2017 fires that devastated parts of the state. “It has become a terrifying fact of life for us in California, and this song is for those who have lost so much as a result,” Wallace says.

About her distinctive style, Alice explains that she grew up surrounded by the music of artists like Gram Parsons, Emmylou Harris and Linda Ronstadt. “I really taught myself to sing by mimicking their styles,” she says. “The powerful belt that Linda has. The emotive lilt to Emmylou’s voice. Trying to navigate those different elements helped me find my own voice nestled in between all that.”

These days, Alice performs as many as 200 dates a year, both solo and with a band. “In some ways, I wish I had done it sooner,” she says of her decision to pursue her passion for playing music. “But I’m also glad I have the life experience to help fuel my songwriting and survive life on the road.” With Into the Blue, Alice Wallace proves that she’s not only able to survive, but thrive as well.

Rebelle Road is a newly founded entertainment company dedicated to strengthening the California country music community and expanding the role for women in the Americana/roots genre. Launched in March 2018 by industry executive Karen Rappaport McHugh, along with Americana artists KP Hawthorn and Adrienne Isom, the trio is combining their longtime experience in music marketing, festival production, visual presentation and life as touring artists and record label owners. They’ve already produced showcases at SXSW and AMERICANAFEST, two one-day festivals, industry panels and, with the new record by Alice Wallace, have started a record label. In October, the trio produced a benefit concert at the legendary Palomino club, which hadn’t been open for 23 years. “We realized that we needed to create what doesn’t exist right now in the music industry — both for women and for artists living outside of Nashville. There is a strong history and legacy here in California; the Palomino spirit lives on and we’re going to bring it back.”

Into the Blue to be released by Rebelle Road Records, January 18, 2019. 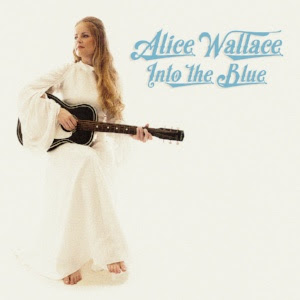