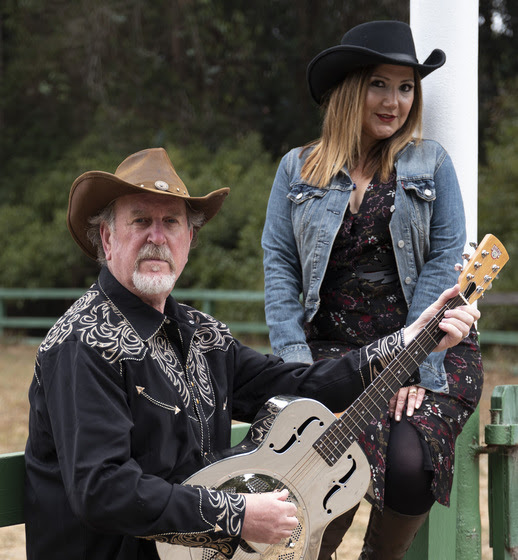 San Francisco, CA-based Americana husband-and-wife duo 3 Pairs of Boots (Andrew Stern and Laura Arias) is set to release its debut album, Gone South, on July 12, 2019.  Produced by Stern and recorded in the band’s own studio, the music is an amalgam of twangy two-step, gritty guitars, dusty pop, and bluesy, bittersweet folk from the Left Coast.  While Tennessee and Texas reap most of the Americana glory, one cannot discount California’s contributions to the form. After all, the wide and deep genre’s roots reach back into the West Coast’s folk-rock scene just as much as they do the South’s blues and country traditions.

“We had a great time writing and recording these songs and got so much enjoyment as they revealed themselves during the recording process, discovering what they were all about, taking us places where we did not expect,” say Stern about Gone South.  “We feel very close to all of them.”

Stern and Arias, who have performed together for years, originally met through a “Singer Wanted” ad. Within a year, they were not just bandmates; they were also spouses. Ever since, they’ve rolled their way down a long, winding road through various genres — including rock, dance, Latin, fusion, prog rock, and punk — only to end up in the melting pot of Americana with all their influences and experiences still intact. “This music encompasses all of the artists who influenced us: The Beatles, Buffalo Springfield, The Who, The Smiths, Cocteau Twins, Tom Petty, Nick Drake, and more,” Stern notes. “They all have a place in what we create now.” Indeed, with 3 Pairs of Boots, jangle-pop guitars might well sidle right up alongside a two-step groove.

Lyrically, Gone South is anchored by several recurring themes. One that jumps out time and again is working hard for very little. Having — or not having — love is another thread that weaves through the album. As a happily married couple, neither has turned their pen upon themselves just yet. Instead, they prefer the observational approach of writing about others, which is a tool easily employed in any given situation, whether it’s the western traveler in the spry chug of “Hey I’m on My Way,” the working woman in the laid-back groove of “It Ain’t Easy,” or the sentimental parent in the driving bop of “Slipping Away.”

Stern and Arias write separately, though he always writes with her voice in mind. Having a man write from the female perspective can be tricky in the best of circumstances. So what happens when you add on classic country themes — like the man doing a woman wrong on “One More Ride” — and the #MeToo era? “I find it quite interesting and very enjoyable to write about subject matters from a woman’s perspective, like being a screenwriter for actors,” confides Stern. “I have been blessed to be married to an incredible woman, and she has taught me well.”

If one song were forced to stand up for 3 Pairs of Boots, it would have to be the edgy rawness that is “Anything for You.” The juxtaposition of gritty guitars with emotional purity evidences the idea that even, if not especially, in the truest of loves, things can get a little messy.

As with all the songs on Gone South, Stern and Arias sketch out scenes with ordinary details so that they might be relatable to anyone and everyone. “Simplicity is one of my main goals in my lyric writing,” Stern says. “When trying to tell a story or paint a scene, one doesn’t have very much time to get the point across, so you have to imply and leave room for interpretation. It is a craft that needs to be worked on constantly.”

3 Pairs of Boots plans to schedule some shows to celebrate the release of Gone South.  Dates and details will be announced soon.

5. Wash Away the Blues 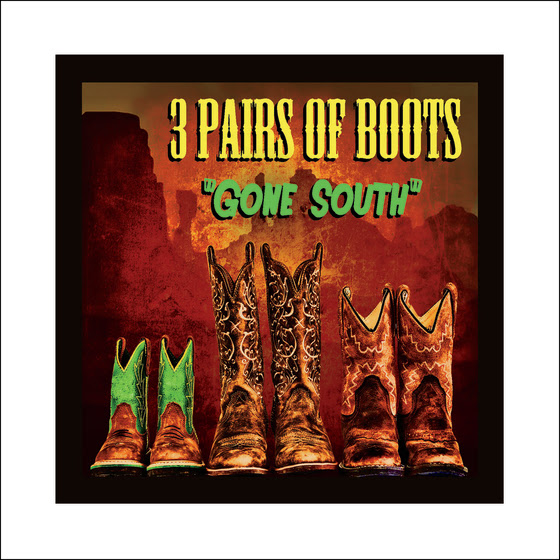