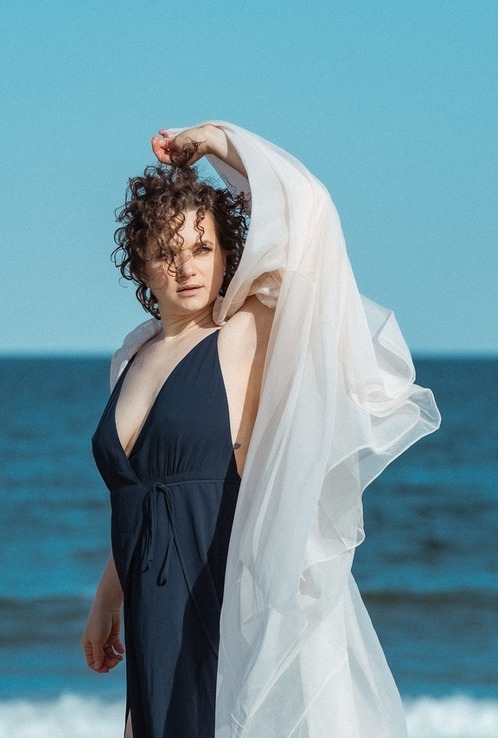 Baltimore-based Americana/folk singer-songwriter Katie Callahan is set to release her sophomore album, The Water Comes Back, on October 22, 2021. The album’s title is a nod to Henry Wadsworth Longfellow’s “The Tide Rises, the Tide Falls,” a poem about transience and life’s brevity, but also about the continuing cycle of death and rebirth. Recorded in a whirlwind two weeks at Gray Matters Studio in Nashville in January of 2021, The Water Comes Back boasts a rich internal landscape of churning currents, seasons changing, and the tide coming in and out, quietly challenging the narratives that keep people at odds with themselves. “When people hear my songs, I want them to feel seen and I want them to feel brave,” Callahan says. “Like they don’t have to hide anything from anybody or themselves.”

The album sports a behind-the-scenes team that came about in the most serendipitous of ways. After Callahan sent her debut album (2019’s Get It Right) to the [email protected] email of the Jars of Clay website along with a note saying thank you for a lifetime of inspiration and motivation, she was shocked to receive a reply from Charlie Lowell (Jars of Clay, Hollow Hum), who suggested she contact them if she had another project to record. Two months later, Callahan reached out again, armed with demos to pitch for a record, and Lowell put Callahan in touch with his Jars of Clay bandmate, Matthew Odmark. The two began collaborating as producer and artist. Through 2020 and the pandemic, Callahan met via Zoom with Odmark, Dan Haseltine (Jars of Clay), and Louis Johnson (Lone Wave, The Saint Johns, Lonas) to discuss demos, co-write, and plan what would become The Water Comes Back. “The whole process of this project was an incredible and unlikely dream of a lifetime, and I’m still not over it,” says Callahan of working with members of her forever-favorite band, Jars of Clay.

“The Water Comes Back is about women,” says Callahan. “It’s about taking up space. Moving freely. Singing loudly. And almost every time there’s a lyric about ‘you,’ it can be replaced with ‘me.’ It’s a record about honestly looking at identity, and about sadness and pain and joy and triumph all held together.” Her folksy music and lyrical melodies feel nostalgic, familiar, but with each listen, a layer peels back to reveal a raw emotional honesty and courageous exploration of difficult subjects. If you look and listen closely, you’ll see the groundwork she lays for a quiet but simmering revolution, all the complexity of an internal landscape laid bare.

The story of The Water Comes Back began with Callahan unravelling a lifelong journey with evangelical Christianity. For her, the election of 2016 opened a chasm of internal unrest around the label of evangelical, the warped beliefs about goodness and worth ascribed by purity culture, and her power and role as a woman in the world. “I owed it to my daughters and myself to take apart the stories that kept me from being whole,” she says. The complicated mix of grief, anger, relief, gratitude, and nostalgia all come to a head in the track “Baptism,” which underscores both the affection and loss of her first love. Its airy melody floats along a guitar line that sounds as though it’s underwater, with the bass rolling like an undercurrent.

The tension between religion and the pain it can cause is also visited in “Sri Lanka,” a song written about the Easter 2019 terrorist bombing of a Sri Lankan church. “In A Garden” is a song about acknowledging the sacred in the simple practice of clearing space for something to grow and nurturing it to fruition, and “I Miss God,” which instrumentally recalls Fleetwood Mac and the simplicity of Joan Osborne’s “One of Us,” is a straightforward declaration of what it feels like to suddenly be without the assurance of dogmatic doctrine.

In addition to faith transition and deconstruction, The Water Comes Backechoes themes of feminine strength and identity. “Witches” is a haunting, swirling song that challenges the vilification of women who push against patriarchal, heteronormative rule of law. “Lullaby” is what Callahan calls “a song written to myself, a way to remind myself that I am enough, and that everything will, in the end, be alright.” “Goodbye Baby” describes the anguish of miscarriage. “I Won’t Give Up” juxtaposes its folksy, jangly melody with lyrics focused on the complexities of pandemic mothering and cultural soil-turning of the summer of 2020. “Low Tide,” which acts both as the emotional crux and resolution, is about seeing the limitations of capacity within different phases of life, wrestling with it, and accepting it as part of a larger rhythmic narrative of birth, life, death, and rebirth, a meditation on seasons and trusting in their return even in fallow times.

The 30-something Callahan grew up in Hawaii, the third of seven children in a military family who ended up staying in one place for the whole of her school years. The church and Christianity were woven into the fabric of every part of their lives, and she and several of her siblings served on their small community church worship team. As she began to explore her own style, bands like the aforementioned Jars of Clay became especially important as they were spiritual, rooted in tradition, but unafraid to question, doubt, and be honest. She continued as a worship leader through college and beyond. Following a scholarship to Goucher College just outside of Baltimore, Callahan was a favorite at her campus coffee house, even putting together a compilation of songs to benefit Jars of Clay’s organization, Blood:Water, in 2007, and she tried to carry that momentum from school to the post-graduation world. But the recession, persistent depression, and a failing marriage kept her at odds with pursuing music, and so she all but quit.

Callahan never stopped writing music, though she seldom played in public. Her marriage dissolved, the mental health issues did not, and a vague glimmer of moving to Nashville to attend seminary fizzled. After she remarried and Callahan became a new mother, she began tapping into her creative self again. Using motherhood as a lens through which to view herself and her place in the world and inspired by artists as diverse as Brandi Carlile, Joy Oladokun, and Florence + The Machine, Callahan began to explore different ways of pouring her artist’s soul into the life she chose, slowly beginning the process of recording an album with friends. Callahan eventually released Get It Right in 2019. Produced by Gabriel Román, it was a collection of 12 songs that spanned 12 years of life, including reflections on marriage(s) in peaks and valleys and familial relationships, explored through her own lyric-driven melodies and brought to life with a simple acoustic guitar, piano, drums, and the second voice of the cello.  And The Water Comes Back follows on the heels of Get It Right, a creative statement born of a confusing time for the entire globe.

“This significant piece of creative work was born out of a compulsion to create, and one forced into the margins of regular life,” says Callahan. “Most of my days are spent making breakfast and coercing people into drinking their milk, convincing them it’s worthwhile to use the bathroom before outings, acting as a mediator and entertainment coordinator and emotional support animal for two irrational people. This record never got to be the center of attention in the midst of all of that, but because I believed it mattered, this work became my work, and it’s the first time I felt I could put value in my work and fight for its time and space inside my densely occupied life.” Joining her in her work on The Water Comes Back were Matthew Odmark (recording, production, mixing, mandolin, acoustic guitar), Matthew S. Nelson and Avery Bright (strings arrangement and performance), Paul Eckberg (drums), Kevin Whitsett (drums), Louis Johnson (electric and acoustic guitar), Charlie Lowell (keys, organ), Dustin Ranson (Spanish guitar), and Pete Lyman (mastering). 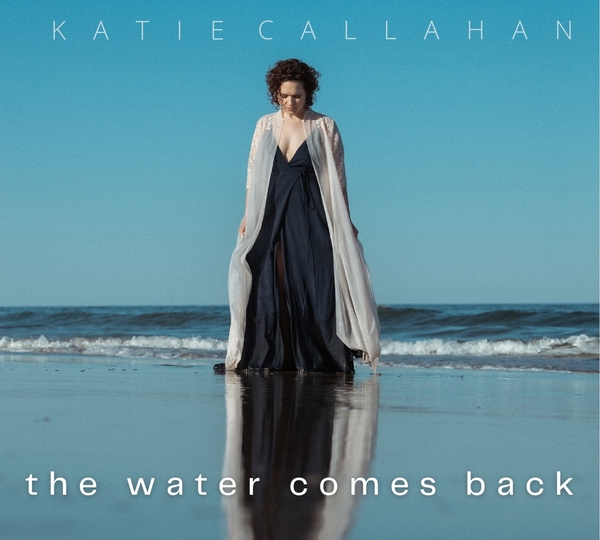 The Water Comes Back