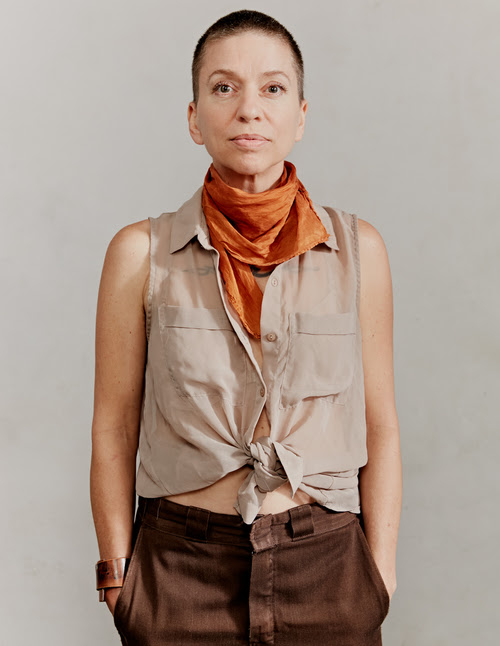 In addition, fans can also pre-order Revolutionary Love: Live at Big Blue as an audio download or CD. Dating back to her landmark live album Living in Clip (which went Gold), Di Franco has been a proponent of regularly releasing her works live, building a deep catalog of offerings that also has included So Much Shouting, So Much Laughter, and Carnegie Hall 4.6.02 which is part of a now 23-album series referred to as her Bootlegs. This latest edition includes additional bonus tracks “You Had Time” and “Life Boat” that were recorded in the same session.

After being off the road due to the pandemic, Di Franco is back on tour beginning August 19 in Davenport, Iowa. Elizabeth Moen has been tapped to support the August tour, while  Di Franco joins the Indigo Girls for four co-headline dates in September. A full list of tour dates are below and at anidifranco.com/tour.

Revolutionary Love was named one of 2021’s Most Anticipated Albums by Pitchfork and Rolling Stone and subsequently garnered wide critical acclaim following its January 29 release. The prolific artist was featured on  NPR’s Morning Edition, MSNBC’s The Beat with Ari Melber and received coverage in Rolling Stone, The New York Times, The New Yorker, American Songwriter and many more.

Widely considered a feminist icon, Grammy winner Ani Di Franco is the mother of the DIY movement, being one of the first artists to create her own record label in 1990. While she has been known as the “Little Folksinger,” her music has embraced punk, funk, hip hop, jazz, soul, electronica and even more distant sounds. Her collaborators have included everyone from Utah Phillips to legendary R&B saxophonist Maceo Parker to Prince. She has shared stages with Bob Dylan, Bruce Springsteen, Pete Seeger, Kris Kristofferson, Greg Brown, Billy Bragg, Michael Franti, Chuck D. and many more. Her memoir No Walls and the Recurring Dream was released in May 2019, and Di Franco released a No Walls Mixtape alongside the book, offering a new take on songs related to the memoir.  Di Franco launched Righteous Babe Radio in April 2020, a 24-hour news, music and interview station that personifies her Revolutionary Love and social activist mission.