Los Angeles, CA – Vibrant pop-rock guitarist Ariel Bellvalaire has released a video to her high energy track “Elastic.” The video is filled with Bellvalaire’s signature flair, and through a collection of stunts, she tells the story of a love that she just can’t quit. The vibrant visuals combine stunning acrobatics, spirited solos, and meaningful nods to some of her favorite rockstars, culminating in a vivid glimpse into her passion for music and display of her guitar-playing prowess. The video is now available to stream on YouTube.com. 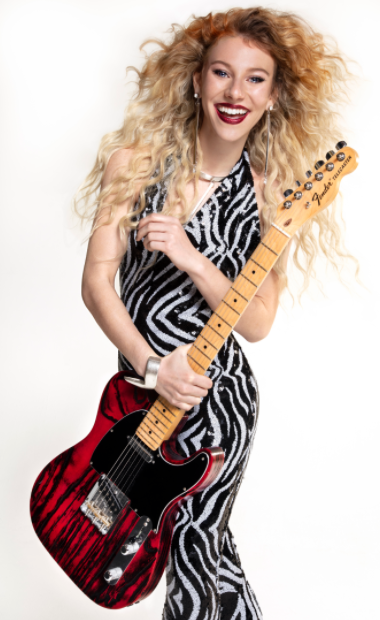 The “Elastic” video is full of incredible tributes to a myriad of impactful musicians, all of which have massively inspired Bellvalaire’s music and life, revealing her as a true music lover. The video includes nods to Eddie Van Halen, Randy Rhoads, Pink Floyd, John Lennon, and Yoko Ono, Jimi Hendrix, and Stevie Ray Vaughan. Early on in the video, Pink Floyd’s “Comfortably Numb” lyrics are spoken, followed closely by Bellvalaire playing the iconic song’s melody, featuring a taste of her stunning solo skills. Another quick yet powerful moment features a visual homage to John Lennon and Yoko Ono’s classic Rolling Stone cover. The video cuts between visual and auditory tributes to these musicians and portrayals of her signature aerial stunts that she has deemed “Shrednastics,” which include playing guitar while performing other acrobatic stunts, like hanging upside-down. It’s a true example of who Bellvalaire is as a musician and entertainer.

Coming from the quiet town of Windsor, Connecticut, Ariel Bellvalaire has now traveled the world with her guitar. She was the lead guitarist and singer for the Michael Jackson “I Am King Experience,” as well as the lead guitarist of the all-female Guns ’n Roses tribute band, Paradise Kitty. Bellvalaire debuted her signature “Shrednastics” on ABC’s “The Gong Show,” showcasing her fine-tuned ability to combine her gymnastics training and love for music into one astounding act. Beyond her impressive musicianship, she showcases her songwriting on her forthcoming album. Songs like “Elastic” show off her catchy pop melodies and storytelling lyrics, and the video for the track is a clear indication that she has no plans to stop pushing the boundaries of her craft. 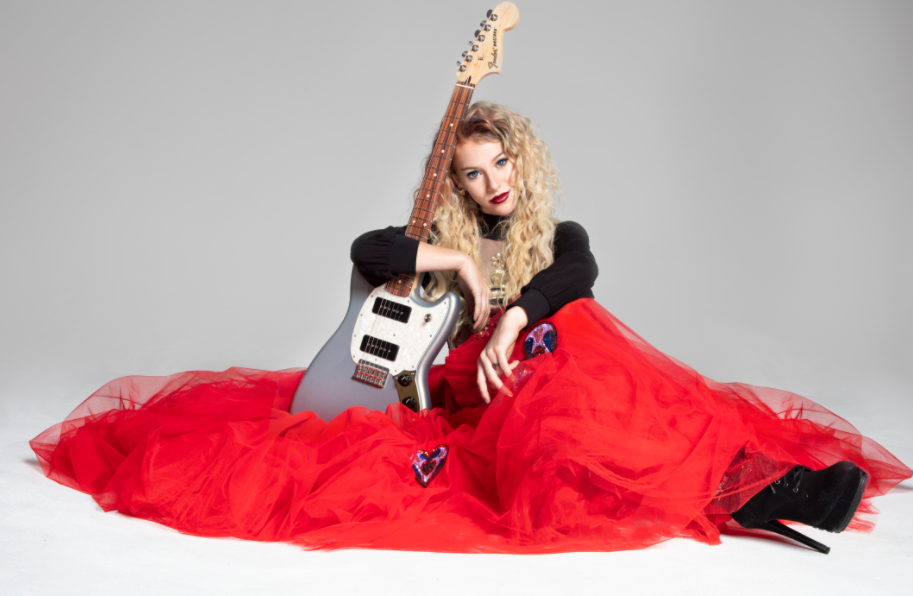 This astonishing video encapsulates so much of who Ariel Bellvalaire is, both as a performer and artist. “Elastic” is a phenomenal debut that hints at the marvelous ground she is preparing to cover in her upcoming album, and the spectacular visuals that will come with it. To keep up with Bellvalaire, make sure to follow her on Instagram @ArielBellvalaire. The “Elastic” music video is out now and can be viewed on her Youtube channel.