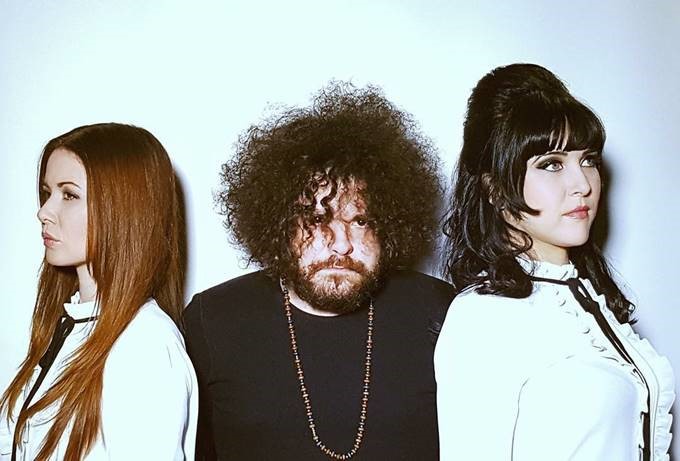 Midnight Larks, a surf-garage/psych trio from Atlanta, GA, released their new single “Shameless Child” from their new album Midnight Larks. The band is gearing up to release their self-titled debut LP on March 30th, were named Atlanta’s “Best New Band” in 2016 by Stomp & Stammer, have been featured at PunkNews, Creative Loafing & more, and have previously shared bills with Mastodon, Run the Jewels, Shannon & the Clams, The Coathangers, Jacuzzi Boys, King Khan & the Shrines & more.

“Pulls from the dark psychedelia of the late ’60s garage rock scene…haunting, but quite counter-intuitively, also breezy.” – PunkNews

Midnight Larks are a surf noir, dark country and garage-psych trio from Atlanta, Georgia that have had a very successful few years together. They were named best new Atlanta band 2016 by Stomp and Stammer, listed as one of the 55 most anticipated local albums of 2016 by Immersive Atlanta, and have also received several features from Creative Loafing after sharing bills with bands like Shannon and the Clams, The Coathangers, Biters, Lee Bains III & the Glory Fires, Bruno Mars, Weezer and Haim. They are a local favorite and have been invited to play several festivals like Lakewoodstock, Phoenix Fest, the East Atlanta Strut, the Little 5 Points Halloween Parade and Music Midtown 2017.

The band hails from Atlanta, but their roots are much further based. Sasha Vallely being from Birmingham in the UK, Nikki Speake from Dadeville, Alabama and Pietro DiGennaro from Baltimore, Maryland. Sasha (Sash the Bash; formerly of Spindrift, The Warlocks and The Mobsters; cameos with The Brian Jonestown Massacre, Singapore Sling, Lords of Altamont, as well as with members of Portishead and Massive Attack), Nikki (Nikki & the Phantom Callers, Shantih Shantih, Sioux City Sue, Whistle Bait, Virgil Otis) and Pietro (Black Linen, The Booze, The Forty Fives, Bad Spell and Andrew & the Dyspyramids) were thrown together by fate, a PBR representative, good fortune and a love for great music. They have only played together briefly, but are already producing an exciting sound and new buzz — ready to take Atlanta and the rest of the world by storm.