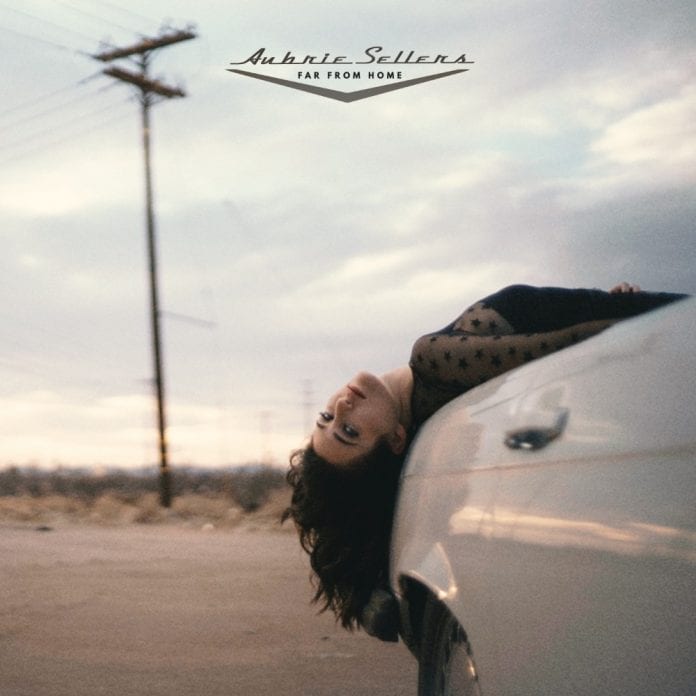 FOR IMMEDIATE RELEASE — December 10, 2019 — In support of her highly-anticipated forthcoming album Far From Home out February 7th on Soundly Music, singer/songwriter Aubrie Sellers will hit the road with Tanya Tucker for select dates on her “CMT Next Women of Country: Bring My Flowers Now Tour.” Aubrie will celebrate release day at NYC’s Town Hall with Tanya Tucker and Brandy Clark, and her west coast support dates will kick off June 5th in Sacramento, CA, running through June 13th in Spokane, WA, with additional dates to be announced (see full list of dates below). Tickets will go on sale beginning this Friday, December 13th at 10am CT via CMT.com.

Aubrie was inducted into CMT’s Next Women of Country in 2017 following the release of her genre-defying debut New City Blues in 2016. The album received widespread critical acclaim by outlets including NPR, The New York Times, Billboard, Entertainment Weekly, American Songwriter, ELLE, NYLON, and Cosmopolitan, with Rolling Stone declaring, “Sellers shows how sweet it sounds to break the rules.” Aubrie continues to transcend boundaries on Far From Home, effortlessly fusing classic rock with country, and translating personal musings on loneliness, anxiety, and love into the universal experience of finding one’s place in the world. Aubrie has previewed the album through singles “Drag You Down,” “My Love Will Not Change,” “Worried Mind,” and “Far From Home,” which have all received rave reviews. Rolling Stone pronounces “Drag You Down” a “first sizzling taste of the long-awaited follow-up to her 2016 debut,” Billboard asserts “Sellers puts her distinct stamp on the standout version” of “My Love Will Not Change ft. Steve Earle,” Refinery29 proclaims “Worried Mind” an “integral thread in Sellers’ tapestry,” and Wide Open Country calls “Far From Home” a “stunning lullaby for lonely hearts.” The four tracks are available instantly upon pre-ordering Far From Home here.

Aubrie’s electric live shows are not to be missed. Aubrie has toured extensively as both a supporting act for artists including Miranda Lambert and Chris Stapleton as well as a headliner in her own right, and she has played festivals ranging from Austin City Limits and SXSW to Bonnaroo and Stagecoach. Aubrie recently debuted music from Far From Home at AmericanaFest, with NPR exclaiming, “If ‘Drag You Down’ is any indication, her second album will be another raw, soulful offering that’s simultaneously easy on the ears.” Aubrie’s full set, featured on NPR’s World Cafe, can be listened to here.

Aubrie is currently performing in The Wallis & For The Record’s production of LOVE ACTUALLY LIVE, running through December 29th at The Wallis Annenberg Center in Los Angeles. For tickets and more information, visit TheWallis.org/Love.