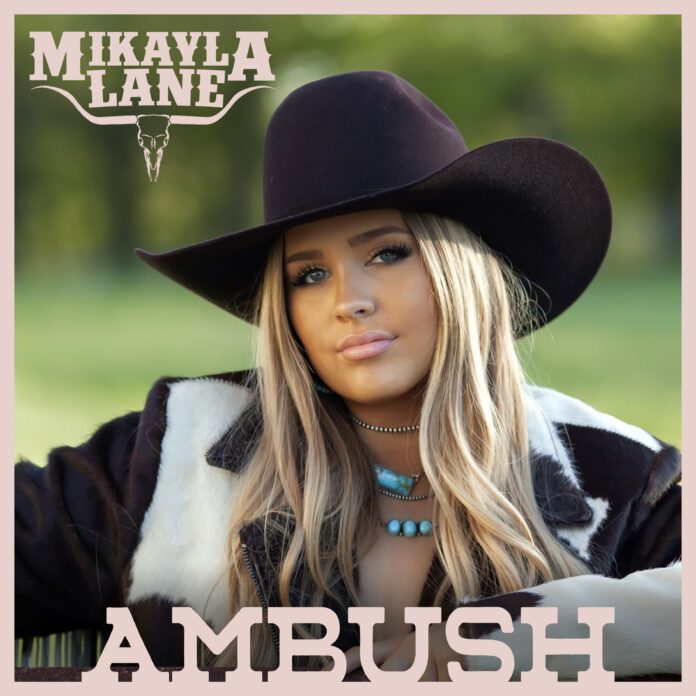 Written by Mikayla and John Conrad and produced by Jimmy Ritchey (Jake Owen, Clay Walker, Mark Chesnutt), “Ambush” brings a spunky, cowgirl-themed tale of unexpected love on the range and offers up a western-esque vibe.

“Ambush is your typical love story song but with a twist and some irony mixed in. Many have described it as ‘James Bond meets southwestern music’ and I couldn’t agree more! It’s about a girl who isn’t looking for love and along the way out of nowhere she gets ‘ambushed’ by love when she least expected it,” shared Mikayla.

Recently, Mikayla performed at Troy Aikman’s Highway To Henryetta music festival, which was created by Aikman to benefit his hometown high school’s academic and athletic programs. The festival was headlined by country icon Blake Shelton with additional performances from Pat Green, Josh Abbott Band and Stoney LaRue among others.

Lauded by Tulsa People as a “singer/songwriter who is taking the music industry by storm,” Mikayla is not only embraced by her loyal fanbase, but also caught the eye of Shelton at the tender age of 13 when she was added to his OIe Red talent roster.