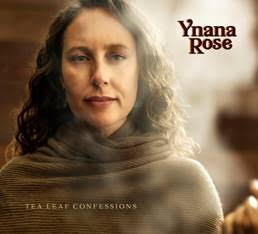 SAN LUIS OBISPO, CA – Award-winning singer/songwriter Ynana Rose (pronounced “Yuh-nah-nah’) announces a November 16 release date for her new album, titled Tea Leaf Confessions, on the Ynana Rose Music imprint. Rose composed 10 out of the 11 tracks on the album, collaborating with songwriters Steve Key and Damon Castillo on two songs and channeling legendary country artist Lefty Frizzell on the one cover tune, “I Want to Be with You Always.”  The album features classic and contemporary folk, honky-tonk country, gypsy jazz, and porch-stomping Americana sounds.

Ynana will celebrate the release of the new album with several shows in her Central California Coast base, including Saturday, November 10 (8-10 pm) at Painted Sky Studios in Cambria; Friday, December 7 (6:30-8:30 pm) at Morro Bay Wine Seller in Morro Bay; and Friday, January 4, 2019, (6:30-8:30PM) at Boo Boo Records in San Luis Obispo.

For Tea Leaf Confessions, Ynana Rose gathered together musicians from the California Central Coast as well as Seattle, Nashville, Portland, and Los Angeles. Paul Griffith (drums) is a longtime Nashville session drummer whose laid-back style has led him to work with Sheryl Crow, k. d. Lang, John Prine, Todd Snider, Greg Brown and Jack Ingram, among others. Tammy Rogers (fiddle) has played on most of Buddy Miller’s albums and is a founding member of the Grammy Award-winning bluegrass band, The SteelDrivers. Joel Tepp (harmonica) has multi-instrument recording credits with Jerry Garcia, Crazy Horse, JD Souther, Kate, and Anna McGarrigle, and has regularly performed with Bonnie Raitt, Danny O’Keefe and Little Feat.

In talking about the songs on her new album, Rose says, “I am fascinated by the resiliency of the human heart, and this album celebrates our vulnerability and infinite capacity for love. These songs are the confessions of ghosts and muses, born of a deep love for the Earth and our crazy tribe, and the support of my loving family. Each song deals with love in some way: love for a person, for nature, the self-love required to heal and forgive, joy, heartache. Many of them speak to the duality of loss and gratitude:  how our brief time on the Earth has the potential to make us more fully present.”

Ynana currently lives in San Luis Obispo, California, with her husband and two children. She wrote her first song at the age of 37, which opened up a world of creative passion. “Songs are like puzzles of the heart that I have to solve in order to sleep well at night,” she reflects. “I find myself writing about longing, healing, faith, love, everyday miracles and tragedies. Songwriting keeps me honest, staying true to the emotion and structure of the song.  Music invites an eternity of pursuit, and I feel blessed to be able to go chasing it down.”

Each track on Tea Leaf Confessions has a life all its own, yet together, they comprise a whole greater than the sum of its parts. The opener, “Stardust Firefly,” is a joyful acoustic meditation on mortality, from the perspective of an elder speaking to the young one they must leave behind. “Hard Work of Love” is a sexy, soul country waltz about the nuts and bolts of love; while “Sugar on the Vine” is a foot- stomping, hand-clapping porch party of a song in praise of fertile soil and hard-working hands. “The Gift of a Song,” tells a true story of enduring love, inspired by Ynana’s work as a hospice musician. “Mendocino Sunrise” celebrates the town of her birth and explores how nature and a sense of place can assist the healing process. “Impossible” is a gypsy jazz tune in the vein of Cole Porter, a tribute to illogical, irresistible, implausible, magical, improbable, incredible, impossible love. “Lillian” is another true-life tale, a wistful and conjuring folk ballad, in tribute to Ynana’s grandmother. “Love Song to a Hummingbird” is a new old-time folk song written at the request of a dear friend near the end of his life. Classically-flavored honky-tonk tune “Leave Me Lonely” drips with heartbreak in every note of pedal steel, fiddle and guitar twang. And “Thin White Line” closes the album with a country folk song about finding peace in forgiveness.

The lone cover song on the new album is Lefty Frizzell’s 1951 honky-tonk ballad, “I Want to Be with You Always.” “I grew up in the ‘70s in the middle of the woods in northern California,   totally off the grid,” Ynana remembers. “On the FM dial there was one radio station, and it was the golden era of country music. They played all the music of the day and oldies too, and I fell in love with honky-tonks, shuffles, and ballads way back then. Willie Nelson released a great album in 1977 called To Lefty from Willie, and I’ve loved this song ever since.” 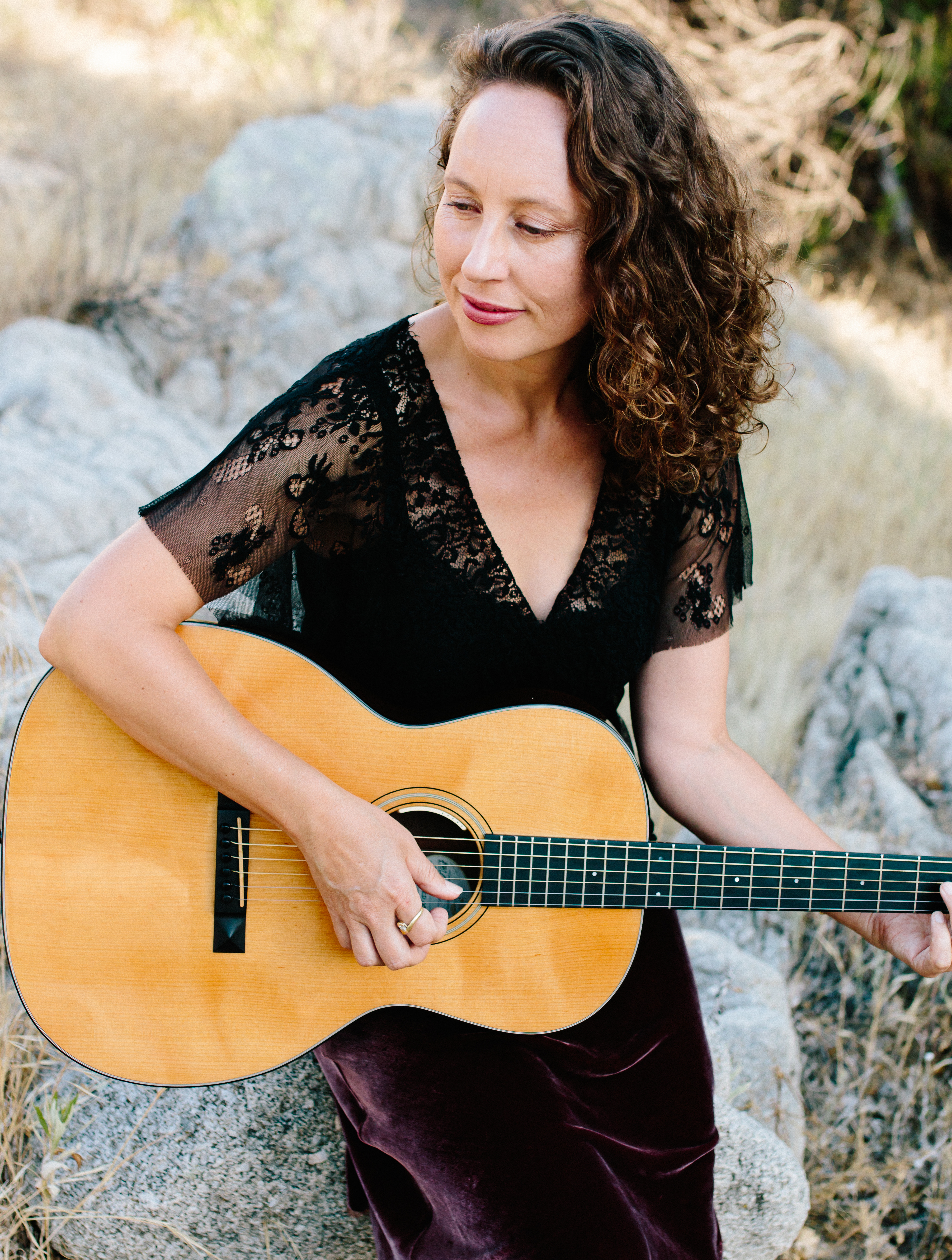 The California Central Coast is home to fine wine, natural beauty, and great music venues, and Ynana has played in many – including Live Oak Music Festival, Parkfield Bluegrass Festival, and SLO Brew, among many. She sings of the joy and heartbreak of living in a rich, soulful voice that crosses genres with ease. An award-winning songwriter who draws inspiration from Dolly Parton, Gretchen Peters, Gillian Welch, Hazel Dickens, Willie Nelson, and Guy Clark, her music is rooted in the traditions of American music, while reaching for new horizons. As a vocalist, she has enjoyed a wide background ranging from choral ensembles to folk, La Nueva Canción, traditional Música Folklórica, classic honky-tonk, western swing, blues, and bluegrass.

“I was an only child raised by a single mom, and we were totally off the grid,” she says. We lived on the side of a mountain with a pristine year round creek and gorgeous sky. Mendocino County boasts redwoods, giant oaks, the Pacific Ocean, and an untamed wilderness that thoroughly embraces the four seasons. When we had enough ‘C’ batteries, I was attached at the hip to a little black boom box that got one FM radio station, and it was country.  The late ‘70s and early ‘80s were a wonderful time in country music. I knew every single song and sung them to the trees as loud as I could. That music is hardwired into me.”