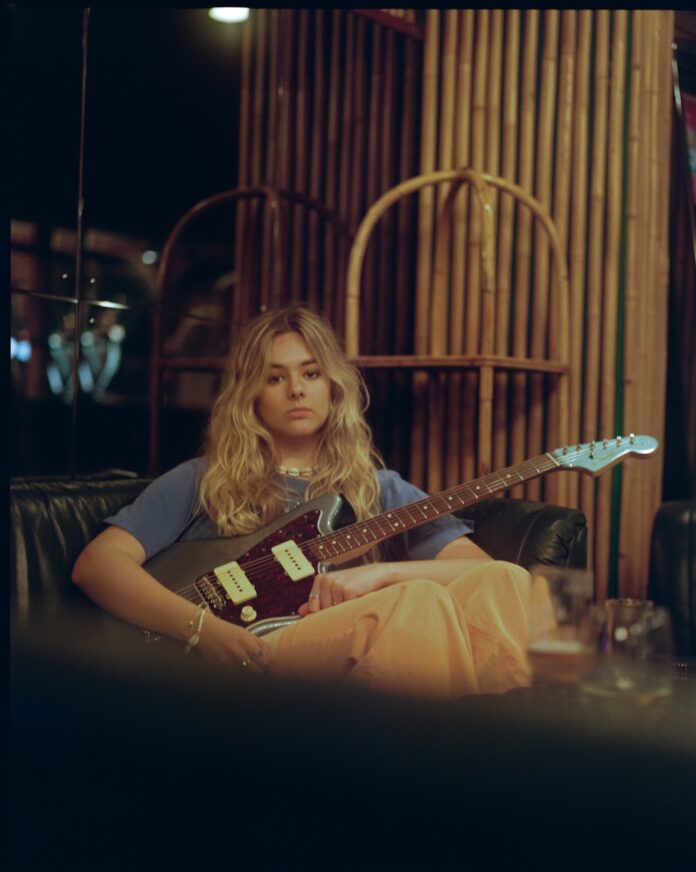 St. Ives-based singer and songwriter Bailey Tomkinson has already been likened to pop royalty Taylor Swift with her versatile alt-folk sounds. Now, returning with wisdom and lyrical intrigue, she’s ready to share what she’s been working on over the past year with the release of her new single “Can’t Lose”.
Rooted in sepia-toned americana, the new single’s guitar plucks and sleek instrumentation cushions its listeners with a blanket of warmth. Underscored with her soft vocals, which emit a maturity from an artist with bold ambitions, the single’s driving rhythms and glowing sax addition from Michael Underwood (Rex Orange County), entices you into the hazy world of Bailey’s intimate yet expressive folk sounds.

Giving us an insight into the single’s creation, Bailey says: “I was listening to a lot of 80’s east cost rock when I wrote ‘Can’t Lose’ – Billy Joel, Bruce Springsteen that kind of thing. I had in mind a real homage to the New York sound of that era, adding Michael Underwood’s incredible sax to the band really helped bring that energy. I even managed to sneak a nod to Carly Simon in the lyrics too.”

First making headlines in 2020 when she beat both Dua Lipa and The Pussycat Dolls to the #1 spot on the iTunes video charts despite being an unsigned artist, Bailey has since been featured in The Daily Mail, The Times, Cornwall Live, The Financial Times, The Independent, BBC Radio 4 and more for her 2021 single “Bright Red”. Criticising a local hotel for the destruction of coastal headland for G7 meeting space – something which recently saw an appeal work in her favour – Bailey’s passion for the environment and protecting her homeland resonated with those who backed her single to reach #1 in the iTunes singer/songwriter charts.

Since, her music has also found support in the likes of BBC Introducing Cornwall and BBC Radio 2’s Bob Harris – you can watch her ‘Under The Apple Tree’ session here – and with numerous comparisons to Taylor Swift from Mariella Frostup and country music legend Brad Paisley, it’s clear that Bailey Tomkinson and her guitar are ready to take on the world. Citing influences from Bruce Springsteen, Sam Fender and Phoebe Bridgers, as well as already performing alongside Nick Mulvey and KT Tunstall, Bailey’s clean-cut mix of surf-rock, americana and pop has created an authentic sound that sees her noted as one of the UK’s biggest emerging artists.