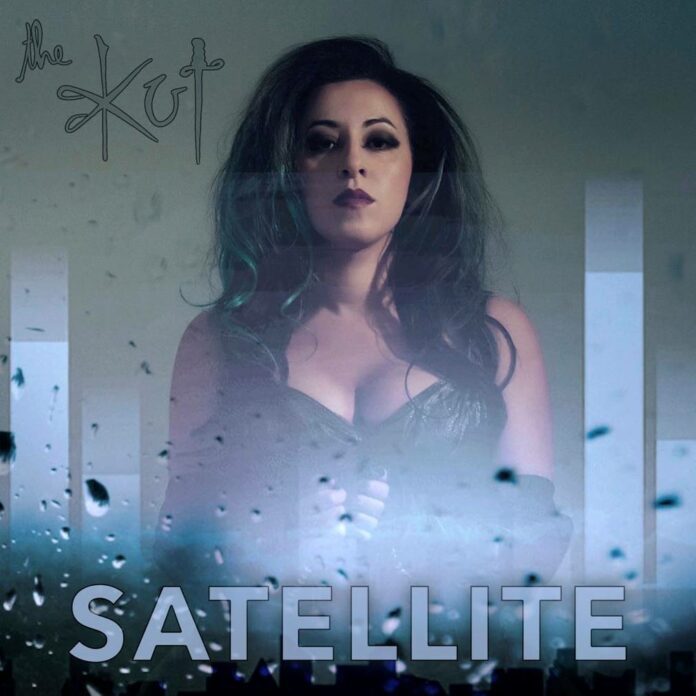 The Kut has released a brand new single ‘SATELLITE’. Emotive, powerful and featuring a guitar solo straight out of a Clapton ‘How To’ school, the track is the second single from her forthcoming sophomore album. Now she has dropped an infectious remix of the single by London producer Konkrete which brings a EDM and Reggaeton sound, alongside The Kut’s melodica, taking the track to new heights.

Announced a Double Award Winner in UK Songwriting Contest, winning both the UKSC Rock Award and UKSC Music Video Award, The Kut (PhD) is a rising rock multi-instrumentalist who performs and records alongside a collective of women in music.

The award winning ‘ANIMO’ (meaning courage or spirit) was released in November as the first single from the forthcoming long player. The single charted at No.8 in the UK Physical Singles Chart and No.35 in the UK Sales Chart.

On release the record featured at No.12 in the US NMD NACC Top Singles ‘Heatseeker’ Chart, and subsequently made its debut in the US Submodern Singles (Airplay) Top 100.  Funded by Arts Council England, the award sees in the release of ‘SATELLITE’ as a second video single from the forthcoming album, alongside touring and documentation from behind the scenes at rehearsals, at the studio and on set.

“Every single release we are challenging ourselves to grow and level up!” The Kut shared in a post from East End Studios, London. The new music video for ‘SATELLITE’ is directed by Mike Gripz of Smith Town Studios, and expected for release next week. Featuring Diana Bartmann (drums), Alison Wood (keys / bvs), Jennifer Sanin (bass / bvs) alongside The Kut (vocals / guitar), the single’s powerful message is expected to pull some heartstrings this Valentine’s. Dedicate to ‘everyone who’s had my back when I needed it most’ the single is produced by James LeRock Loughrey and was recorded at Axe & Trap Studios, Wells. It releases at all digital retailers, with CDs via the Criminal Records store.

Performing as late headliner on The River Stage, Isle of Wight Festival in September, The Kut has recently taken part in the Music Venue Trust x The National Lottery #ReviveLive Tour. The multi-venue event features a series of special shows in grassroots venues with the aim of kick starting the return to live gigs and featuring performances from Enter Shikari, Feeder, Becky Hill and many more.

In 2018, The Kut’s debut album ‘Valley Of Thorns’ reached No. 7 in the UK Rock Albums Chart and No. 18 in the UK Independent Albums Chart. The record was released on Criminal Records, now home to a host of rising artists including Weekend Recovery, The Last Siren, LORI, Mike Walsh, Argonaut, Calaveras and most recently music critic Everett True.