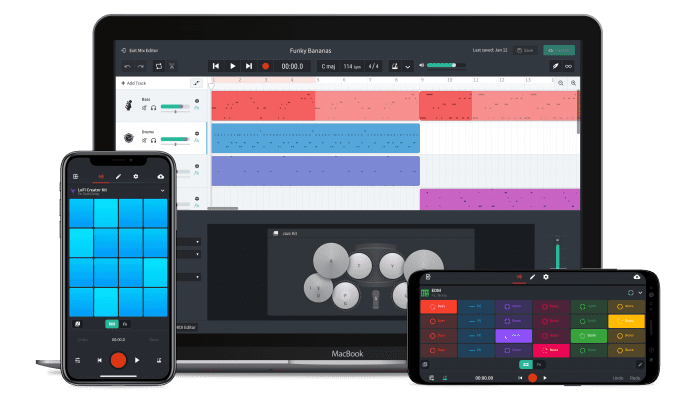 BandLab, the mobile-first recording, editing, and sharing platform, has quietly but surely built a passionate, active user base. It now boasts more than 30 million users, a 150% jump since 2019. Today, these users create more than 10 million new tracks per month.

This proliferation of song making activity on a mobile app points to a larger shift worldwide: the line between music maker and music listener is fading, and a greater number of “upstream” creators are diving into production. Since the launch of major streaming services, music industry eyes have been focused on engaging a wider global music audience by optimizing a commercial model for digital music listening. The industry has paid little notice to how accessible music-making has become, especially with the maturation of mobile composition and production. Music makers worldwide, however, have already embraced the innovation and started creating. Many had been shut out from existing music recording and production paradigms–until now.

“We’ve seen activity grow naturally,” says BandLab CEO Meng Ru Kuok. “Last year, it exploded and it hasn’t slowed down. Even as circumstances changed in places around the world, creativity has remained a part of people’s lives.”

BandLab lets music-makers record, edit, and post tracks. Users can grab some of many free custom sound and sample sets to add or play with as they go, and they can apply any number of effects to their creations. Unique to BandLab is the ability for users to work seamlessly on any device, all synched via the cloud, and to invite others to collaborate in real-time with them. They can then choose to make the results public and get feedback and support from fans and fellow creators.

“Big numbers on BandLab are great, but what’s really exciting is the active usage of the product. Music-making means you need to be active, not just passively scrolling a feed,” Kuok explains. “The scale of the usage around the world shows the democratization of music creation. We sit so far upstream, as close as you can get to intent to action. That’s why our users trend young and relatively more gender-balanced than audio sharing platforms and studio tech traditionally have been. It’s extremely inspiring.”

The new shift and interest in audio make this wave of creativity all the more intriguing. “YouTube made everyone understand they needed to be a video creator,” muses Kuok. “As audio continues to evolve and grow in importance, everyone needs to become a music creator.