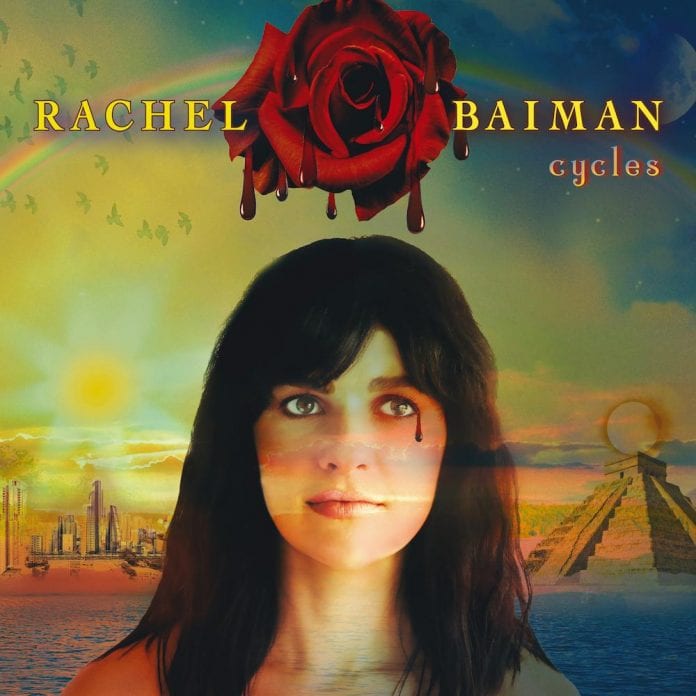 Rachel Baiman is known for “testing music’s potential to carry a timely message” (NPR), and today (3.30), she is sharing “Joke’s On Me,” the first single off her forthcoming ‘Cycles‘ album due June 11 via Signature Sounds. Listen here: youtube/H_2aKuRNObU

Co-written by Baiman and Oh Pep!‘s lead singer Olivia Hally, who also co-produced the record, “Joke’s On Me” shows us the flaws of too much ambition and how it can lead to burnout in mental health and creativity. The song is the first from Baiman’s sophomore solo album ‘Cycles’ (6.11), which includes 10 tracks exemplifying Baiman’s versatility as an artist.

“‘Joke’s On Me’ was written in a moment of frustration, self-loathing and ridicule of my own mind,” says Baiman. “I’m an ambitious person and find it impossible to stop working towards a goal. I realize I’ve gone too far too make something happen when I’m no longer enjoying it. Pressure on artists to self-promote is at an all-time high, and it takes a toll on mental health. I could easily destroy my own happiness in the pursuit of my career, so I try to find balance between making great art, working towards the next step, enjoying the process, and remembering my dream: to spend each day creatively… much easier said than done.”

The new album pushes the boundaries of her folk roots and experiments with indie-pop and grunge-rock sonics alongside a predominantly women crew of collaborators including Hally, GRAMMY-winning engineer Shani Gandhi (Sarah Jarosz, Sierra Hull, Mandolin Orange), drummer Bree Hartley and others. Baiman recruited several other top-notch musicians for the album including Cy Winstanley (Brandy Clark), Josh Oliver (Mandolin Orange), CMA Musician of the Year Jenee Fleenor (Dolly Parton, Kathy Mattea) who took on the role of Baiman’s co-writer for album closer, “The Distance.”

Armed with “defiant and pointed [lyrics]” (Paste), Baiman narrates the joys and hardships of the female experience from miscarriage to self-discovery, betrayal, dementia, growing pains of love and more, while taking an honest look at the ways in which people destroy and rebuild (as individuals, families and communities).

“These songs are about the cycle of life inspired by the birth of a nephew and the loss of a grandmother, songs about internal mental cycles of ambition and self-doubt, the cycle of progress and regression in our country’s political journey, and the cycles of growth and reinvention that relationships take on,” says Baiman. “At times heartbreaking, at times celebratory, the album is a reflection of a lot of life experienced in a relatively short amount of time, a desire to hold fast to the people we love in the wake of so much uncertainty, and an exploration of the immense and unique strength of women in the face of adversity.”

8. Ships In The Night (Baiman)

9. No Good Time For Dying (Baiman)

Additional Recording by Fraser Montgomery at The Aviary in Abbotsford, Australia

Mastered by Jon Neufeld in Portland, OR

** All dates are subject to change due to current COVID conditions