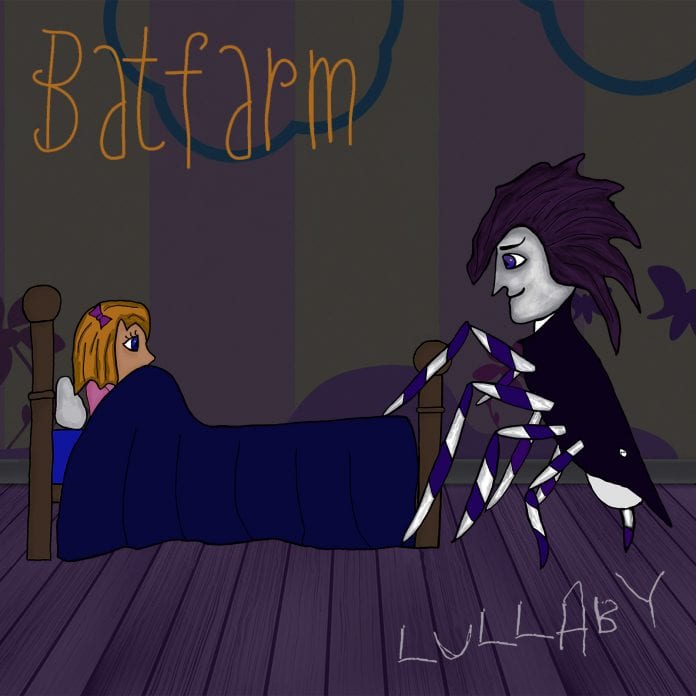 LA-based band, Batfarm will release their own version of The Cure’s classic tune, “Lullaby” on Friday, April 24th across all major online media outlets.

The self-described darkedelic duo, consisting of Alexx Calise and Dennis Morehouse have been longtime fans of the iconic goth rock/New Wave band, and have put their own unique spin on what is arguably the most chilling and spine-tingling track in The Cure’s catalog.

Recorded in part at Morehouse’s home studio, and at J31 Studios in San Jose, CA by producer, Jerry Ososkie, “Lullaby” ranges from creepy to caustic, with its whispery vocals, nightmarish soundscapes, and ominous overtone.

The duo, who have been songwriting partners for well over 11 years have been profiled in a plethora of publications including Classic Rock Magazine, Music Connection, Guitar Girl, Bass Musician, and more.

Be sure to listen to “Lullaby” on Spotify via http://smarturl.it/batfarmlullaby?fbclid=IwAR0MiUcjQrTJjlT9h_2XsT8w5vUrbeziEPGfjLedNRN7j6VrZediKZGm4kA and make sure to download or stream it via iTunes, Amazon, and more.