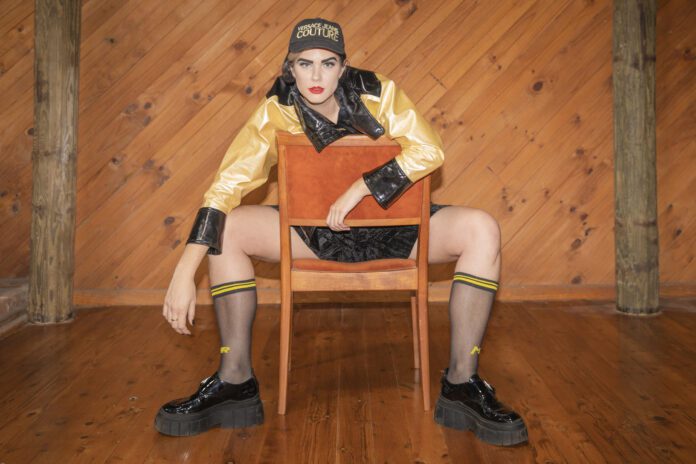 “If Shania Twain + Daft Punk met at an 80s aerobics class, sweatily hooked up and had a gay baby… she would be named ‘Cost of Love’,” shares Bec Sandridge on her latest single. ‘Cost Of Love’ is driven by shuffling drums, hooky guitars reminiscent of the late 70s and of course Sandridge’s unmistakable voice. This is the first release since her acclaimed debut album ‘TRY + SAVE ME’ in 2019. ‘Cost Of Love’ is without question, a testament to Sandridge’s ability to write a sophisticated and unforgettable pop-banger.

“I wrote this song with dear pals Lucy Taylor and Dave Jenkins Jr. At the time, I was stuck in a kind of tug-of-war, arm-wrestle with myself… Weighing up whether a certain relationship was worth it (the unraveling of a thread, the push and pull in compromise, digging up old and new dirt).

It felt like I had lost myself in a relationship that had a relatively frail foundation.

Despite the rocky-ness of the whole thing, we kept trying to build upon it beyond the used-by-date…I guess, we attempted to roll the shit in shit-tonnes of glitter to a degree. This song was my attempt to explore being logical in love and answer the question of: “how do you know when to call it before you lose all of yourself and in turn, each-other?” BEC SANDRIDGE

‘Cost Of Love’ is the first track to be shared from Bec Sandridge’s collection of new songs on her ‘Lost Dog’ EP; due out October 7th. Combining elements of pop and dance-synth hooks, the new EP highlights her love of bold soundscapes which transport listeners into an alternate state. As always, the songs are framed by her signature sound (and love) of sad songs that are danceable.

“I was a bit of a lost dog, myself and I also lost my dog. This EP is a snapshot of that time.

The goal was to take time and write my best songs to date… On my debut record, I felt that I hadn’t gone as far as I could in terms of angularity and the whole gloss-pop thing. I wanted to really sit in that pocket… To me, this lot of songs feels like driving into a sunset, no sunglasses, with an ache in the pit of your stomach (potentially a hangover): it’s sickeningly beautiful, temporarily blinding and also, signifying the end of a big ol’ chapter.

I’m incredibly thrilled with how these songs have turned out and I have been fortunate enough to work with a lot of my favourite people on these songs, people that have true insight into my sonic brain. Dave Jenkins Jr, Lucy Taylor, Andy Bull, Geoff Swan, Japanese Wallpaper, Rosie Fitzgerald, Dorny Mayes, Tony Buchen – such a dream team!”  – BEC SANDRIDGE

2019 was a productive year for Sandridge, releasing her debut album ‘TRY + SAVE ME’ spawning the singles ‘Animal’, ‘I’ll Never Want A BF’, ‘Eyes Wide’ and ‘Stranger’ which scored second place in the International Songwriting Competition Unsigned Category judged by Tom Waits, Dua Lipa and Chris Martin. Last year Sandridge composed the soundtrack for theatre production ‘Ishmael’ which premiered at Brisbane Festival at QPAC and opens next month at the Sydney Opera House. 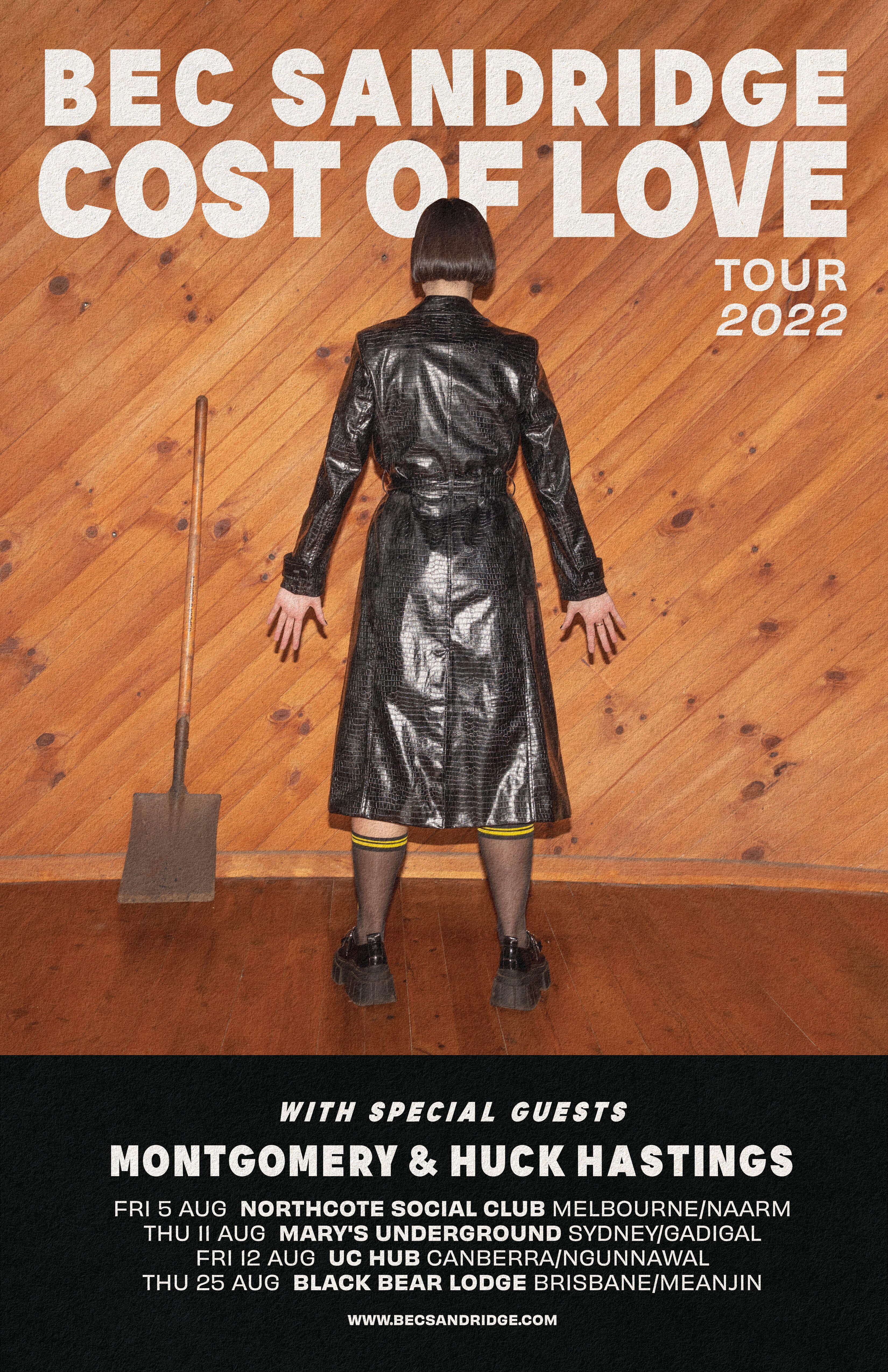