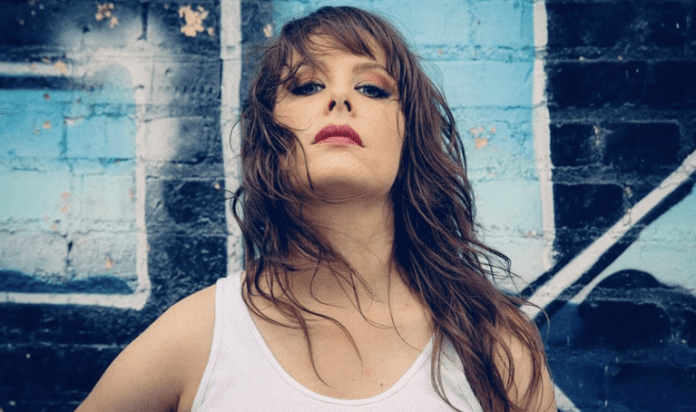 Today, Becky Warren releases her highly-acclaimed sophomore album, Undesirable. The record follows Warren’s lauded solo debut, War Surplus, that was partly inspired by her own life and told the gritty love story of an Iraq War veteran and his girlfriend. Warren did not intend to write a second concept album until she found herself inspired by another group of people who seem “othered” by society: the individuals selling Nashville’s street paper, The Contributor, which is produced by a local non-profit aimed at providing an earned income opportunity for people experiencing homelessness and poverty. Intrigued by the concept, Warren started to approach the vendors on the street, introduce herself, and ask to talk with them while they sold the paper. The resulting album is ultimately about humanity. In distilling the stories of this group of entrepreneurs trying to work their way out of poverty, Warren relays the essence of the human experience and shines a spotlight on the relatable, common ties that bind us together regardless of our demographic. In their “First Listen” review of the album, NPR Music states, “Most of the tracks here don’t read as songs about homelessness, at least not on cursory listen. They chart heartbreak, new love, tough odds and quiet triumph in relatable ways, with a telling detail here or there that hints at each protagonist’s broader life situation,” going on to add, “While the topics on Undesirable are often tough, much of the music itself is hopeful, even joyful.”

For the protagonists of Warren’s songs, homelessness is never a defining characteristic. The stories told are of mourning loss, ditching bad relationships, striving against ruthless odds, falling in love—in other words, completely human situations and emotions to which we can all relate. “I actually thought there would be a fair amount of overlap with subjects I already knew well from writing about a veteran with PTSD—mental health, substance abuse—but I learned after just a couple interviews that those were complete misconceptions,” Warren admits. “To make a living selling The Contributor, you have to get up every day, no matter the weather, take a long bus ride, and stand outside for hours making a real connection with your customers, like any good salesperson. You have to be incredibly hardworking, with an unshakable belief in yourself to make it work.”

One of the album’s standout tracks,”Carmen,” is a love story that brims with hardscrabble and hip swagger. Paste Magazine featured the fun, nostalgic animated video for the track today as their part of their “Daily Dose” series. “While the video is a fun, arcade-themed adventure that’ll shake loose memories of playing Pac-Man at the pizza parlor, the song’s story is another of Warren’s emotional tales, but certainly one of the lighter ones on the record,” Paste says. “’Carmen’ isn’t Pac-Man; it’s a ‘two-person game,’ a love song about making things work.” For her previous single, “The Drake Motel,” Warren released a video that features her friend and Nashville entrepreneur Shawn Lesley and highlights a group of Americans sometimes referred to as ‘motel homeless’ — meaning they make enough money to afford basic housing but are unable to meet other requirements needed to obtain a more stable rental. With “The Drake Motel” giving us a glimpse into Lesley’s life, American Songwriter praises, “From the PTSD experienced by war veterans to poverty, [Warren] explores territory most musicians shy away from…‘The Drake Motel’ is no exception.”

Supporting Warren on Undesirable is an impressive musical cast led by producer/guitarist Dan Knobler (Lake Street Dive, Rodney Crowell, Kelsey Waldon), including Warren’s longtime bassist Jeremy Middleton (also of Frank Solivan and Dirty Kitchen) and her friend and musical mentor, Indigo Girl Amy Ray, who contributes vocals to the blistering first track, “We’re All We Got” – an anthem for the individuals portrayed on Undesirable.

Undesirable is available digitally and on CD and can be ordered HERE. 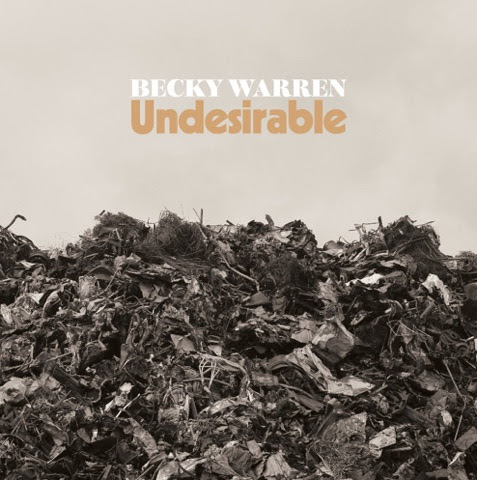