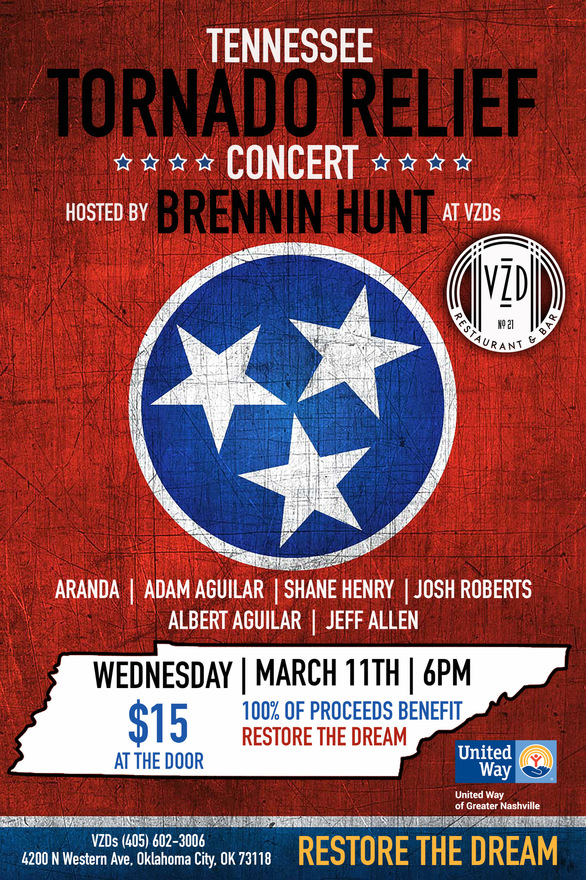 Seven artists will perform in an intimate Nashville style writer’s round concert, with 100% of the proceeds benefitting Restore the Dream Fund, a fund supported by the efforts of United Way of Greater Nashville.

The fundraising efforts come in response to the devastating tornadoes that came through Nashville and the greater Middle Tennesee region early March 3.

An Oklahoma Native, Hunt started his acting career as a guest star on ABC’s hit series “Nashville” as Sullivan Fitzgerald. Before moving back to Oklahoma, Hunt and his wife called Nashville home for 13 years and still own a home there.

“Many lives were lost and a lot of people, including dear friends of ours, are left with nothing,” Hunt said on his social media post promoting the event. “We Okies know what they are going through and will be recovering from for many months.”

To donate directly to United Way’s Restore The Dream, you can click HERE or text RestoreTheDream to 41444.