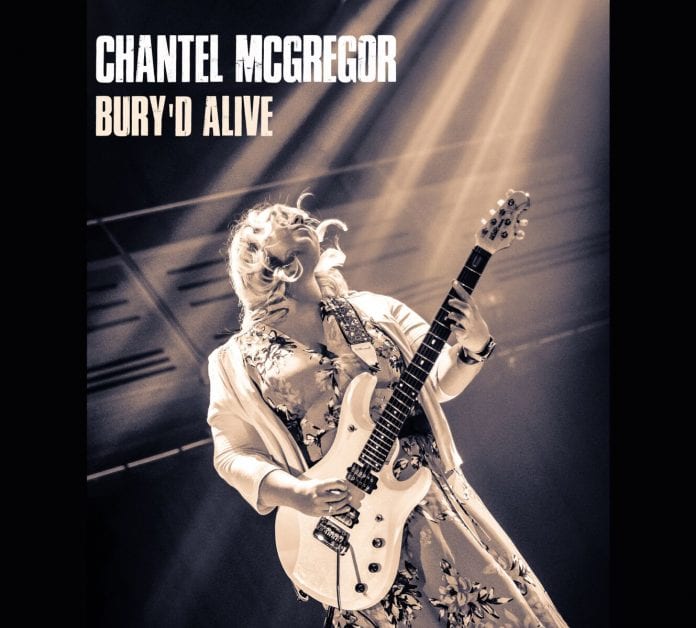 Chantel McGregor has released her highly anticipated new live album “Bury’d Alive” which is available on CD and digital download.

Chantel and her band recorded “Bury’d Alive” at the prestigious venue, The Apex in Bury St Edmunds, UK on the 29th of March 2019. Being one of Chantel’s favourite venues, The Apex seemed the obvious place to record her first live album.

“Bury’d Alive” brings together tracks from her first two albums, “Lose Control” and “Like No Other”, together with crowd favourite, the anthemic track “April” which is only available on this album, all played by a power trio, with no studio trickery or multiple night recordings, this is exactly the excitement and performance as it was on the night!

Produced, mixed and mastered by Wayne Proctor of House of Tone at Superfly Studios, the album was sure to sound incredible and capture the night as it was, a night and album to remember.