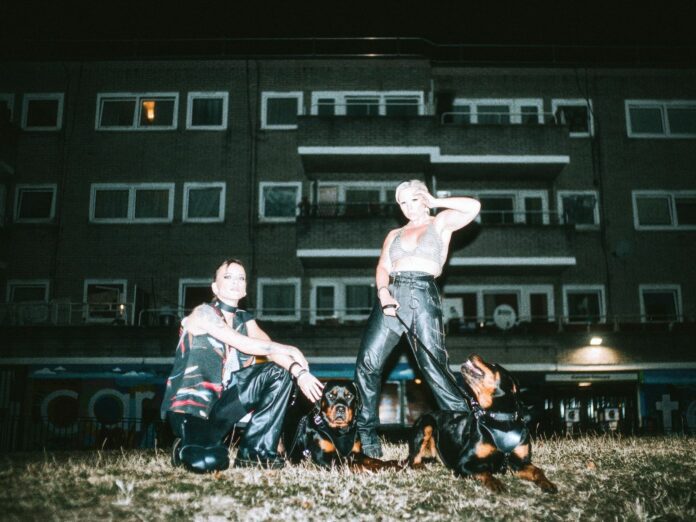 Grammy-nominated rock duo BONES UK have unleashed their new single, ‘Milk.’ It’s an anthemic celebration of living without self denial as well as a love letter to their home land of Camden Town — the place where Rosie Bones and Carmen Vandenberg first met and started making music together.

Following up from last single “Cheap Love”, “Milk” is a journey of self-reflection inspired by a return to their roots.

“Over the past few years I made the decision to do everything I can to feel as free as possible, and ‘Milk’ encapsulates that freedom,” says Rosie. “It’s about the aftermath of hard times, the flower growing out of the dirt, the feeling of joy in the face of uncertainty and pain.”

The track features Rosie’s instantly-recognizable voice in a hip hop inspired vocal flow as Carmen’s guitar struts alongside it, gathering pace along the way before unleashing her trademark soulful leads. The song is accompanied by a gritty video, shot by longtime collaborator Jason Lee Denton and filmed down the road from Rosie’s childhood home, opposite the hospital she was born in.

“The blood of the beginnings of this band is in this video,” explains Rosie. “The pubs we had pees in during the shoot were filled with people Carmen and I both knew. We walked next to Hampstead Heath where we sat on a rug and wrote “Beautiful Is Boring”. Music can take you many magical places and to thousands of cities, but it’s good sometimes to go home and remember why you started, who you are, and what’s important.”

Made up of vocalist Rosie Bones and guitarist Carmen Vandenberg, BONES UK confront everything from the beauty industrial-complex to toxic masculinity and music-scene sexism; embedding each track with choruses primed for passionate shouting-along.

BONES UK have supported rock luminaries including Tom Morello, KoRn, Stone Temple Pilots, The Eagles Of Death Metal, Bush and Band Of Skulls — not to mention spells with Highly Suspect, The Struts, Grandson, The Glorious Sons and many others.

GRAMMY-nominated for Best Rock Performance, BONES UK demonstrate a commitment to using their art to speak their minds; shedding light on the disconnect between the status quo and the far more glorious world inside their heads.

In between such epic tours and award nominations, the band have amassed further notoriety for their parties and various curated events hosted across multiple global cities, each one a celebration of inclusivity and letting one’s inner ‘Filthy-Freak’ fly! From all this, BONES UK might seem like a band who are already quite far along with their mission, but spend any time in their presence and it’s easy to see that THEY are only just getting started…