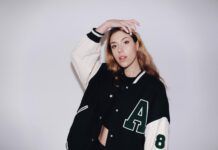 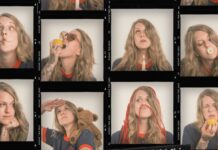 In conjunction with National Gun Violence Awareness Day, Brandi Carlile’s music video for “Hold Out Your Hand” was released today.

Filmed during Seattle’s March For Our Lives, the video was directed by Kathlyn Horan and was created in partnership with The Alliance for Gun Responsibility, The IF Project and TinFish Films.

From Carlile about the message behind the video…

I want everyone to know that I’ve had the incredible privilege of being a part of a movement that I genuinely believe in.

Wherever you stand in the debate around gun violence prevention, I hope we can all agree that young people deserve a voice and that in a civil society the least we can do is listen to and amplify the people we’re passing the world onto.

The kids in this video left their houses, put down their phones and showed up in Seattle to protest gun violence and ask for the adults in this country to take responsibility for what’s happening to them in their schools. This is the way I would want my daughters to communicate and this is a generation I am in complete support of.

These young people are asking for a change—are you listening?

Responsible gun laws are on a spectrum and as much as we’d like it to be, it isn’t black and white. Some of these kids hunt with their parents, some of them are enlisting into service and will carry a weapon in defense of your way of life. Don’t make the mistake of broad brushing what they’re asking for.

We can’t allow ourselves to be divided and conquered any longer by organizations that profit from our division. There can be and there IS a way that we can create change from the center of the debate.

The students behind March For Our Lives in Seattle made this video. This is me amplifying them.

Reach beyond the line between the opposing sides of this hard conversation—Hold Out Your Hand.

In addition to their work as a band, Carlile and longtime collaborators and bandmates Tim and Phil Hanseroth remain committed to social activism and advocacy. Together, they are founders of the Looking Out Foundation, which aims to amplify the impact of music by empowering those without a voice. From neighborhood to nation, the foundation helps fund causes and organizations that often go unnoticed. $1 from every concert ticket sold goes directly toward efforts to support the diverse demographic they aim to serve. For more information on how to volunteer, donate or advocate visit lookingoutfoundation.org.