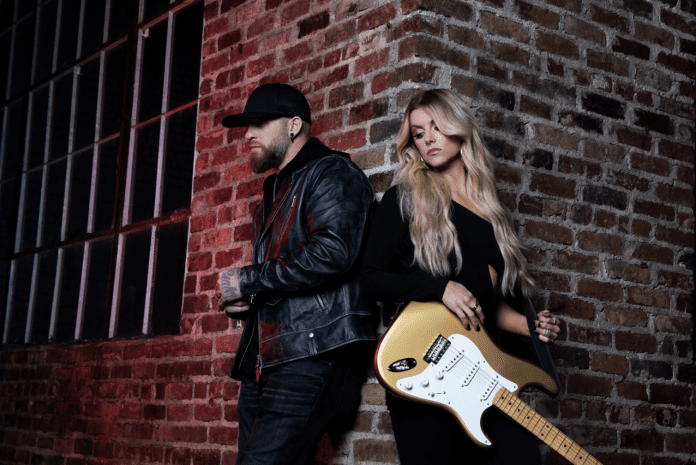 NASHVILLE, Tenn. — When Brantley Gilbert wrote “What Happens In A Small Town,” the lead single from his new, chart-topping fifth studio album Fire & Brimstone, via The Valory Music Co., the southern rocking songwriter quickly knew he needed an equally as hard-rocking female to portray both perspectives of a break up in a small town. After playing the song for Lindsay Ell, there was an immediate connection with the notion. Adding not just vocals but guitar, the result was one of the most-added songs at Country radio upon its debut.
“I want to give the fans a lot of credit for the life of this song,” shares Gilbert. “From the beginning, they shared it, streamed it and called up radio to hear it. I’ve been there — drivin’ around home seeing all the people and places that I used to avoid to keep from thinkin’ about the one that got away. I think we all have that person, those people, those places… and this song.”

“I have dreamed of having my first No. 1 since I was a little girl,” adds Ell. “It honestly feels surreal, and to be able to celebrate it during CMA Awards week in Nashville makes it even more special. I’m honored Brantley, Scott Borchetta and Jon Loba asked me to be a part of this song. From the minute I heard ‘What Happens in a Small Town’ for the first time I knew it was a hit that would connect with people, and now it’s changing my life as an artist. I’m beyond grateful.”

Billboard adds, “‘Friday night bleachers, Sunday pews’ no longer feel sacred, as everyone around you feels the strangeness of your solo presence,” continuing “‘What Happens in a Small Town’ paints the right picture — a small isolated city filled with memories of the one you used to be with and feelings that never changed.”

Gilbert wrote “What Happens In A Small Town” with Rhett Akins, Brock Berryhill, and Josh Dunne and marks his fifth No. 1, following “Country Must Be Country Wide,” “You Don’t Know Her Like I Do,” “Bottoms Up” and “One Hell of an Amen.”

“What Happens In A Small Town” is up for CMA’s Musical Event of the Year at Wednesday’s awards, on ABC.