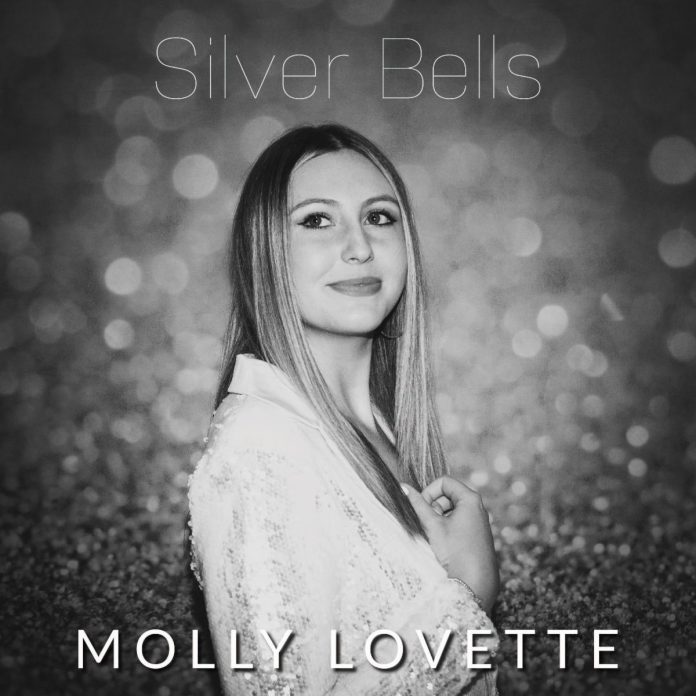 NASHVILLE, TENN. – With the hustle and bustle of the Christmas season, breakout country sweetheart Molly Lovette just released her own version of a holiday classic Silver Bells. This song is available on all digital streaming platforms including Spotify, Apple Music, and more.

Putting her own spin on this popular release which was originally composed by Jay Livingston and Ray Evans, Molly’s soothing vocals and lively take on this timeless tune evokes a combination of holiday bliss along with that heartwarming seasonal spirit everyone loves this time of year. Produced by Leland Grant (Chris Young), this is her second-holiday release. “I was so excited last year for the release of Have Yourself a Merry Little Christmas, that I decided I had to release another one this holiday,” says Molly.  “I love all Christmas music and even though I was in the studio laying down vocals this summer when it was 90 degrees in Nashville, it was still a great way to get ready for Christmas.”

Jumping off the heels of her summer release Hey Hey, Molly is wrapping up this whirlwind year on a high note with this Christmas release. She was on the road this past summer and fall performing in Nashville, Illinois, Texas and many venues in her home state of Missouri. Now with over three-quarters of a million combined streams just on Spotify, numerous TV appearances, press interviews, radio placements, music videos airing on The Country Network, a Forbes feature, and so much more, she is taking the world by storm and winning the hearts of country fans everywhere.