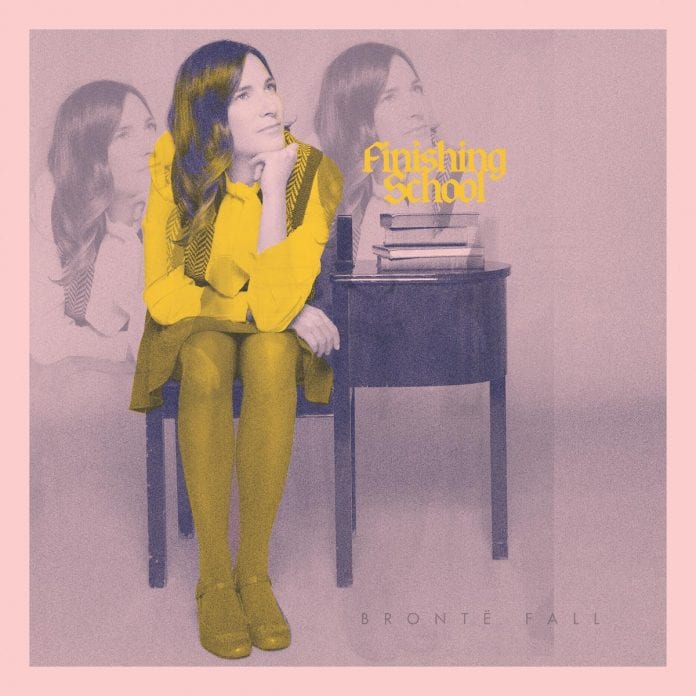 Nashville, TN – May 18, 2020 – Brontë Fall, the songwriting pen name of classically trained multi-instrumentalist Teri Bracken, embodies the spirit a centuries-old push by the Brontë sisters to have their—and all women’s—voices heard. Within her sophomore effort, Finishing School, Bracken embraces Charlotte, Emily, and Anne’s fight against the ever-evolving societal restraint on women; at times with a sword and armor and at times with words and ideas. Available everywhere August 21, Finishing School features six songs that find Bracken growing beyond her roots in orchestral music with a broadening of influences and cross-genre songwriting. Today, American Songwriter premiered the first single from Finishing School, “Freeway High,” noting that, “When the chorus comes, the melody soars through her crystal clear voice, almost as if it were sonically painting the picture of an open road and a blue sky….but the freedom she’s singing about also seems to be bigger than the song’s literal interpretation. Bracken seems to be speaking to a deeper sense of freedom, one which the Brontë sisters alluded to all those years ago, and one which Bracken has been fighting for in all her endeavors — especially her musical ones.” “Freeway High” draws the line between Bracken’s pop and rock influences, spurred from a surprise rental car upgrade and a trip through Connecticut countryside. “The feel of the sun on my face and my hair whipping in the wind—it put me right back to the summer after 4th grade, in the back of my best friend’s red convertible on the way to the pool,” recalls Bracken. “It was such a liberating few hours for me. I needed that time to relax and breathe. I believe that my repertoire needed a song of letting go as well. I don’t have enough of them.”

Mostly recorded over the course of four days at Nashville’s famed Trace Horse Studios in Berry Hill, the first five tracks of Finishing School were produced by Jake Finch, whose background included pop and electronic projects, and Lars Thorson, an old classmate of Bracken’s from Berklee School of Music who, after graduation, had established himself in Nashville’s Americana and Country world, landing a gig with chart-topper Kane Brown. Finch and Thorson’s contrasting backgrounds ideally represented the polarities of Bracken’s sound, and in combination with Bracken’s expressive voice and sharp songcraft, Finishing School plays like a study of self-empowerment. On “Warrior,” Bracken envisions her femininity as a set of armor, turning a piece of wisdom from Donatella Versace—”A dress is a weapon”—into a swaggering anthem. With “Six Years,” she shines a light on the wisdom and renewed drive that come up with getting older.

The album’s sixth and final track, “White Dress” was produced and mixed by Matt Odmark at Grey Matter Studio. “Everyone and their mom is getting hitched,” Bracken says about the subject matter in “White Dress.” “I come from a very traditional background where most women settle down at home a few years after college to raise their families. As I get to the age where that’s what I should be doing or want to be doing, I feel more pressure to follow suit and less inclined to do so.” That’s the honesty that shines bright across the whole of Finishing School. Bracken is brave with her thoughts, knowing that they may reach beyond her personal experiences and into the lives of those who need to hear them. “Perhaps underlying it all in the song is my fear of marriage due to what it might mean for my career and my status in society as a female. What has been very heart-warming, however, is the amount of women it has connected with.”

Brontë Fall is a nod to a sentiment brought to life in Emily Brontë’s poem, “Fall, Leaves, Fall.” In it, she welcomes autumn and the looming winter ahead. “I love how she saw poetry in the darker seasons, beauty in the shortening days,” says Bracken. “With Brontë Fall I, too, aim to embrace the changing seasons of my life and express as much through my art.”

“As a musician, I almost feel like I’m defending who I am and what I want. Perhaps I feel pressure to be a certain way. These songs were written about feeling proud of where I am and what I’m doing. It’s about feeling empowered wherever you are in life, and celebrating the past while building your own kind of future.” And that’s what Finishing School is all about, connecting, heart to heart, with others on their journey to empowerment.