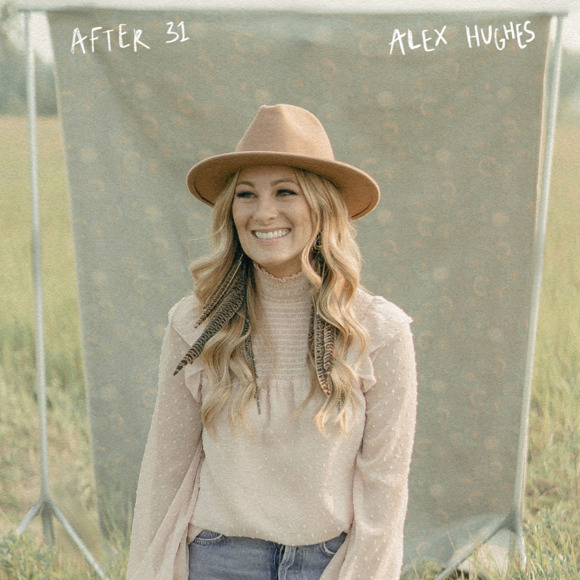 Today, Alberta based Pop-Country artist Alex Hughes, released the music video for her new single “After 31”.

Shot by Aaron Reimer in Fish Creek Provincial Park, mere steps from where Alex grew up, the “After 31” video is simple and reflective. With the intention of connecting with the viewer, Alex locks eyes with the camera, singing lyrics that are both raw and true to her story while still relatable to anyone at any stage of life. Shots of Alex sitting in solitude and reminiscing over old photos from throughout her life and journey as a musician are meant to be a visual representation of the overall sentiment of this coming of age and contemplative song.

“It meant a lot to me to sing these lyrics and share the story of “After 31″. We kept the imagery simple to let the lyrics and message of the song do the talking. It was such a pleasure to work with videographer Aaron Reimer who came up with the visual concept using a backdrop to add interest to an otherwise modest scene of contemplation,” said Hughes.

Born and raised in Calgary, AB, Alex has practically been singing since before she could talk, growing up to find what she believes to be her truly authentic and distinctive sound. Weaving R&B runs into classic country melodies with pop-driven beats has led Alex to great success with multiple sold out shows in 2021, a Country Music Alberta “Horizon Female Artist of the Year” nomination, and a Top 12 Finalist position in the Project WILD Country Artist Development Program.

Since releasing her current project’s debut single, “Strong As You”, in 2019, Alex has been making waves in the Alberta music scene; collaborating with incredible artists including a feature vocal performance on Fayence Dream’s album, “Hang up on Me” and The Blue Jay Sessions group collaborative song, “Sitting on Top of The World”. Alex is also highly commended as a songwriter with credits on Leaving Thomas’ acclaimed album, “Nothing Comes for Free” as a writer on the song, “Lie to Me”, as well as Ryan Lindsay’s CCMA nominated album, “The Ride” as a writer on fan favourite, “Darlin’ You’re Classic”.

After the cancellation of shows in 2020, Alex spent her free time continuing to hone her craft, co-writing over 50 songs with writers from Calgary, Nashville, Chicago, and even the UK, and also released her follow-up singles, “Gentleman” and “Drive” featuring Shannon McArthur. With plans to record and release her debut full-length album in 2022 and tour it across Canada, Alex has never been clearer in her vision and is focused and driven to see it through.

Additionally, Alex will also be taking part in the Blue Jay Sessions: Holiday Edition from November 18th-21st in support of CKP Calgary. Alex, along with 24 other Canadian musicians will be performing over the course of four days, sharing their original tunes and telling the stories behind the songs. For more information or to purchase tickets visit here.