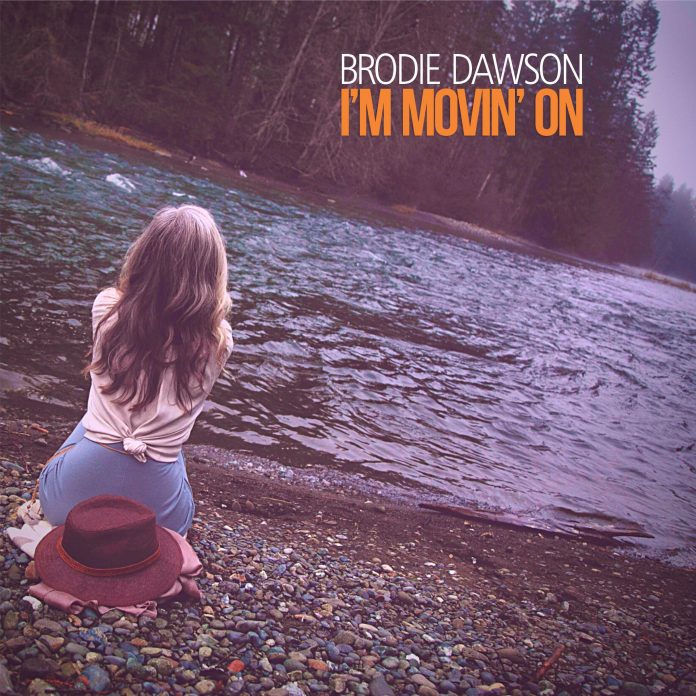 Folk singer-songwriter Brodie Dawson has released her latest single, “I’m Movin On,” the second off her next album Wholehearted slated for Spring 2022. The track is available on all streaming services this Friday, November 19.

Audiences will experience a vulnerable Dawson here, as she confronts her fears and reflects on her marriage with her rich lyrics and emotional vocals that have been compared to Lake Street Dive, Patty Griffin, Sara Bareilles, Linda Ronstadt, and Trisha Yearwood.

“I wrote this song a handful of years ago while sitting on my sunny patio one afternoon, and contemplating the state of my ongoing complicated and tumultuous relationship. We were living separately at the time, as we have for most of our marriage in fact, and I had a daydream of just getting in my car and getting out of Dodge,” says Dawson. “I had no idea where I’d go, just away from it all. But the love between us kept me movin’ on within the relationship instead of without it. It has not been an easy ride! I’d always thought those long-time married couples at weddings were smiling blessings and joy on those newlyweds, but I have since realized they were knowing smirks!”

“I’m Movin On” was written and performed by Brodie Dawson, produced by Patrick Davis, engineered by Lee Unfried, Rory Rositas, and Nathan Senner, mixed by Lee Unfried with additional editing by Joanna Finley and Trent Woodman, mastered by Eric Conn at Independent Mastering in Nashville, and was recorded at OmniSound Studios with supplementary vocals recorded at Kinnikinik Studios in Comox BC, Canada. The track features Tim Lauer as the bandleader on keys, Bryan Sutton on acoustic guitar, Fred Eltringham on drums, Tony Ludico on bass, Justin Schipper on steel guitar, Kris Donegan on electric guitar, and Kristen Rogers, Nathan Senner, and Brodie Dawson on background vocals.