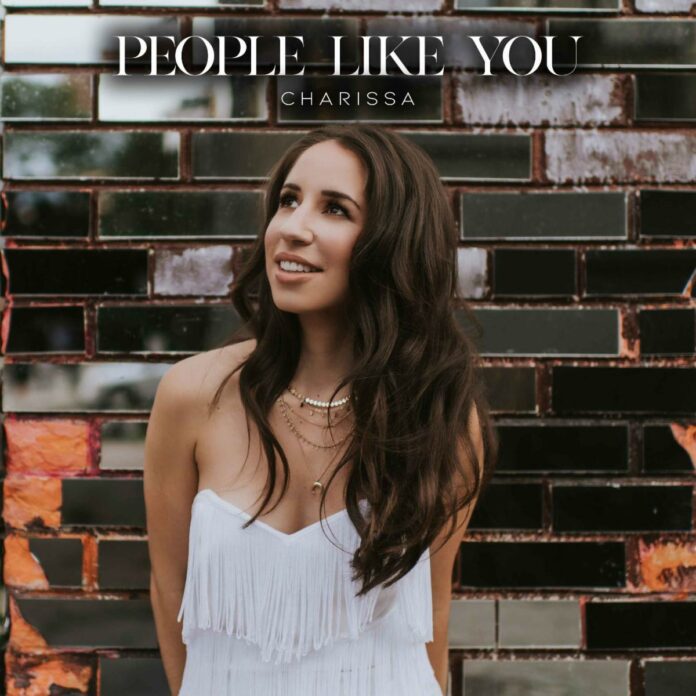 Today, emerging Canadian Roots artist Charissa, released the music video for her compelling new single “People Like You” via Coalition Music. “People Like You” is a quiet acoustic track that reminds listeners that even when times are rough, there’s always a light at the end of the tunnel, and likely someone waiting there to help you out of the dark.

“‘People Like You’ was written in honour of my friend. I wrote this song with two very talented songwriters, Chrystal Leigh and Emma-Lee, and it was produced by Colin Cripps. It was a shock hearing of his passing because he was this bright, funny and kind person. These are words I wish I could have said to him had I known of his struggles,” said Charissa. “Sometimes when we go through hard times, I think we can forget the impact we have on people’s lives, so it’s a reminder that we are all special in this world, even when you feel small, I hope you know that you matter.”

The music video, directed by Kat Kwan at Summerset Studio in Toronto, ON, is visually minimal and honest, starting off solemnly, but ending with feelings of hope and inspiration.

“Knowing that Charissa recorded the track in one take felt very profound to me so I wanted to focus part of the video on capturing Charissa’s live performance–just her and her guitar. I also wanted to create a dreamy and sparkly environment, inspired by the theme of diamonds in the third verse, that Charissa could stand in and interact with so we could capture a real sense of discovery, curiosity and fun,” said Kat Kwan, Director of “People Like You”.

Charissa is a storyteller, and the best stories are ones that don’t shy from honesty. The Burlington, ON, native has been honing this thoughtful, meditative approach to songwriting since she was a kid, combining lush, flowing arrangements with earthy Americana and laidback soul to create a sound that is uniquely her own.

Music was a constant in her home growing up, and after singing along to hits by Queen, Allison Krauss, Whitney Houston, Stevie Nicks, and Blue Rodeo before she hit double digits, her parents decided to enrol her in vocal lessons where she further developed her passion for music and later started to learn to play the guitar.

Charissa has found a sound that suits her authentic, reflective songs and is ready to bare her soul as she puts the finishing touches on her new upcoming EP.