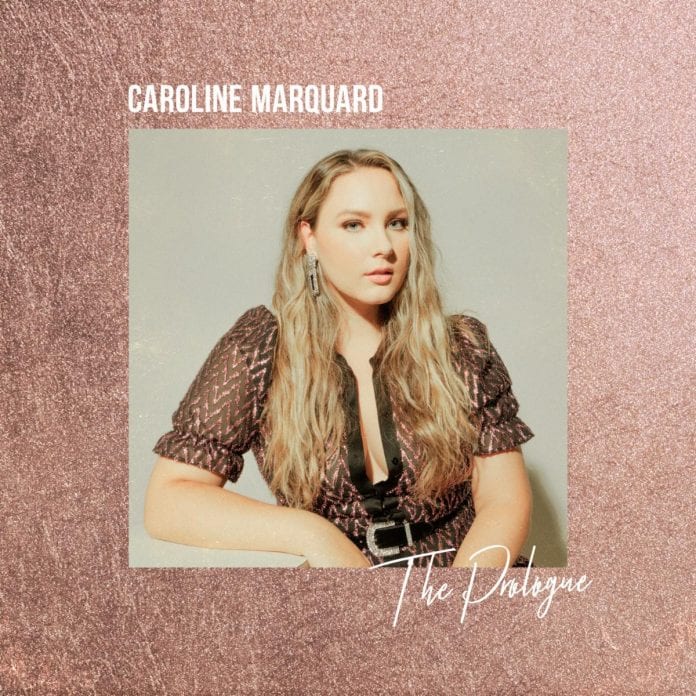 (NASHVILLE, TN; June 26, 2020) – Swiss-American singer/songwriter Caroline Marquard released her debut EP The Prologue today across all major digital retailers. Prior to release, American Songwriter gave fans an exclusive first listen with a track-by-track breakdown of the project, praising her noting that “In such short time, Caroline Marquard has steadily seen her stock rise.” Marquard has co-writing credits on all six tracks of The Prologue, along with the likes of Liz Rose (Taylor Swift, Carrie Underwood), Jordan Lehning (Kacey Musgraves, Shania Twain) and more. The songs were brought to life in Nashville, Switzerland, Los Angeles, and New York City over recent years.

Marquard shares, “I couldn’t be more excited to release my debut EP! The Prologue is my musical introduction to the world. It touches on where I’ve been in life, where I am now and where I’d like to go. My story started in Switzerland and has taken me to many places in the world before finding my home in Nashville. I’m so thankful to all who helped me bring this project to life!”

Marquard has been hosting a weekly Instagram series, “Caro-Wine Down Wednesdays,” performing songs from The Prologue, brand new cuts, and her favorite cover songs while answering questions and chatting with fans. While this is Marquard’s first project as a solo artist, she has celebrated songwriting credits from around the globe. The Nashville-based artist is also the voice behind one of Germany’s leading beauty brands, Flaconi, who featured her song “Look In The Mirror” in their national commercial campaign.

3. Keep My Eyes On You (Marquard, Lehning, Jase Blankfort)

4. Only One (Marquard, Lehning, Blankfort)