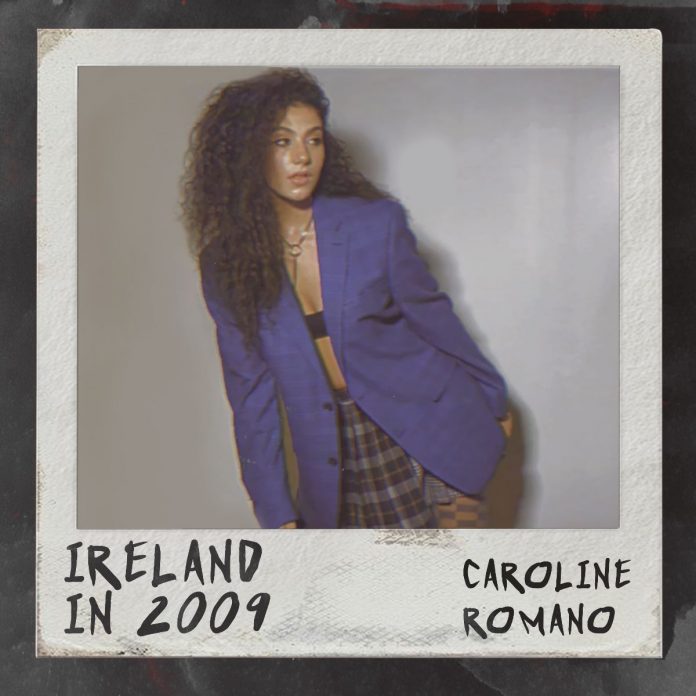 Today, Nashville-based singer and songwriter Caroline Romano releases her electrifying new single, “Ireland in 2009.” Arriving on the heels of singles “Oddities and Prodigies” b/w “Lonely Interlude,” “The Hypothetical” and “PDA of the Mainstream,” the heavy-hitting new track is another impressive notch in the belt of this alt-pop trailblazer.

An ode to gritty teenage romance, “Ireland in 2009” is packed with soaring vocals, anthemic production and Caroline’s signature unfiltered lyricism. “It’s a story of falling in love in car parks and waking up in your school clothes,” she says. “It’s about being far too young to know anything at all and the all-or-nothing emotions that come with juvenescence.” Caroline’s knack for storytelling is crystal clear on this song as she croons lyrics that channel the unmistakable nostalgia of young love: “In Ireland in 2009 / With my sundress that you kept like a prize… In the car park listening to blink / He’s got his calvins in the backseat.”

“I saw the movie Cherrybomb recently, that was made in Belfast, Ireland in 2009, and I thought it would be a lovely place to write this story,” Caroline explains of the inspiration that led to writing this song. “I’ve never been to Ireland, and I was only 8 years old in 2009, but I’m obsessed with scenarios I know I’ll never experience. I think we all have our own versions and our own times and places of ‘Ireland in 2009.’ I hope this song reminds you of yours.”

Wise beyond her years, Caroline’s songwriting abilities showcase her witty, introspective and hopeful take on modernity, romanticism and the highs and lows of being young in today’s world. With each new release, Caroline continues to cement herself as one of the next great pop acts and, at just 20-years-old, the self-proclaimed “loudest sort of introvert” has already written and performed into the hearts and ears of an anxious generation. Caroline has racked up millions of streams across her repertoire, praise from tastemakers like Hollywood Life, American Songwriter and Just Jared, and has even landed a single – “I Still Remember” with R3HAB – on the Billboard Dance charts.
Listen to “Ireland in 2009” on all streaming platforms:
https://sl.onerpm.com/irelandin2009