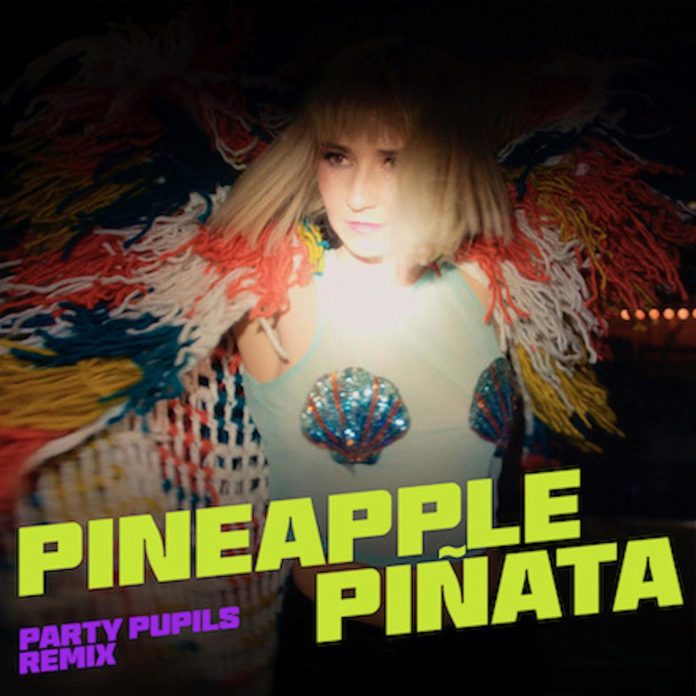 Speaking on his take on “Pineapple Piñata,” Party Pupils states, “Teddi Gold has a voice that I immediately connected with. When I was offered the opportunity to remix ‘Pineapple Piñata,’ I was pumped. The original already has such a warm, sunny vibe that I wanted to flip it entirely on its head and make it a deep house club banger. I think I did just that.”
The original version of the track is a feel-good tune littered with introspective lyricism and whimsical social commentary. It’s about liberation and ultimately letting go of all the things that hold you back by embracing your authentic self through body movement. For the song, Teddi purchased a bunch of piñatas from Party City and subsequently smashed them with her friends. Recorded on her iPhone, the raw sonics perk up an off-kilter soundscape that’s punctuated by the chatter of a dusty dial-up modem.
Teddi Gold explains to This Song Is Sick, “It’s like dipping ice cream in chocolate or adding gummies to a sundae. It just adds a different flavor to something you already enjoy. Giving it a fresh taste! Party Pupils took it from a summer pool party to a song you would play at a vogue runway shoot. I love what he did!” She also tells HollywoodLife, “The whole idea for the song was that you can create joy anywhere. You can live authentically, and happiness comes from the internal, not the external. So, I wanted the world in this video to feel dystopian and futuristic. Set in an abandoned place, three people find each other, find connection, and through that newfound friendship, they find joy. You don’t need anything outside of yourself to find it.”
In October, Teddi Gold revealed her new EP entitled Vol. 2—the latest collection of her bold and bright dance-inducing tracks that help you shake out all the bad vibes. The production palette is filled with deep bass, sharp percussion, and a foley of sound bites that come together to form the interstellar essence of Teddi Gold. As a follow up to her 2019 debut EP Vol. 1, this project continues to be an ongoing autobiographical diary entry of self-discovery that is stitched into catchy and cathartic dance-pop. With uplifting messages of self-love, growth, and positivity, it’s an exhilarating 6-track exploration into the undeniable pop sensibilities of one of the most exciting rising talents today.
Speaking on the EP, Teddi Gold says, “On Vol. 2 you will hear about wanting to have fun for the summer, you will hear about leaving your problems on the dance floor, you will hear about how love transcends materialism, you will hear about wanting to be a good friend, you will hear me encouraging you to follow your own dreams, and you will hear about not letting the haters bring you down.” On the EP title, she explains, “I call them volumes because they are collections of songs that are autobiographical in nature and it implies that there is more to come. I also like the idea of volumes because much like self discovery, it never really ends, it just keeps getting deeper.”
Recently, the LA-based singer-songwriter reeled in major buzz with her standalone single “Boom Boom,” which can be heard in an official Old Navy commercial nationwide. The song was initially released during Pride Month last year with proceeds donated to the ACLU, a testament to her LGBTQIA+ allyship. As an artist who genuinely aligns her project with causes and issues she believes in, Teddi Gold also partnered with Instagram / Facebook in 2020. Her Vol. 2 EP single “Wink Wink” was selected as the official song for their ‘Register To Vote’ campaign, in which the track was placed on the story function of every single U.S. Instagram user (that’s over 107 million people!). Always a creative collaborator, she has worked with the likes of JR JR, MI$HNRZ, and Superorganism. In addition to widespread critical praise from American Songwriter, EARMILK, LA Weekly, PopDust, UPROXX, We Found New Music, among others, she’s landed on Spotify’s coveted Fresh Finds and Pandora’s Top Hits playlists, to name a few. Pandora’s Next Big Sound also proclaimed her a “promising artist” as she sold out venues such as The Peppermint Club in LA.
With her music, Teddi Gold has one core message and vision of inclusivity. “As someone who has always felt like an outsider, someone who has always felt they had too many feelings for their body, as someone who grew up in an unconventional way, I very much connect with people who feel they can’t quite fit into the box. I want them to feel seen. I want to be their biggest champion,” she concludes, “When you listen to me, I want you to feel like, ‘This person gets me.’ This is a cathartic release where you can jump, dance, and yell—almost like therapy. It’s not just sitting around listening to sad songs, crying, and feeling bummed. Personally, I want to uplift. You can recycle your pain into something positive. You can transform.” 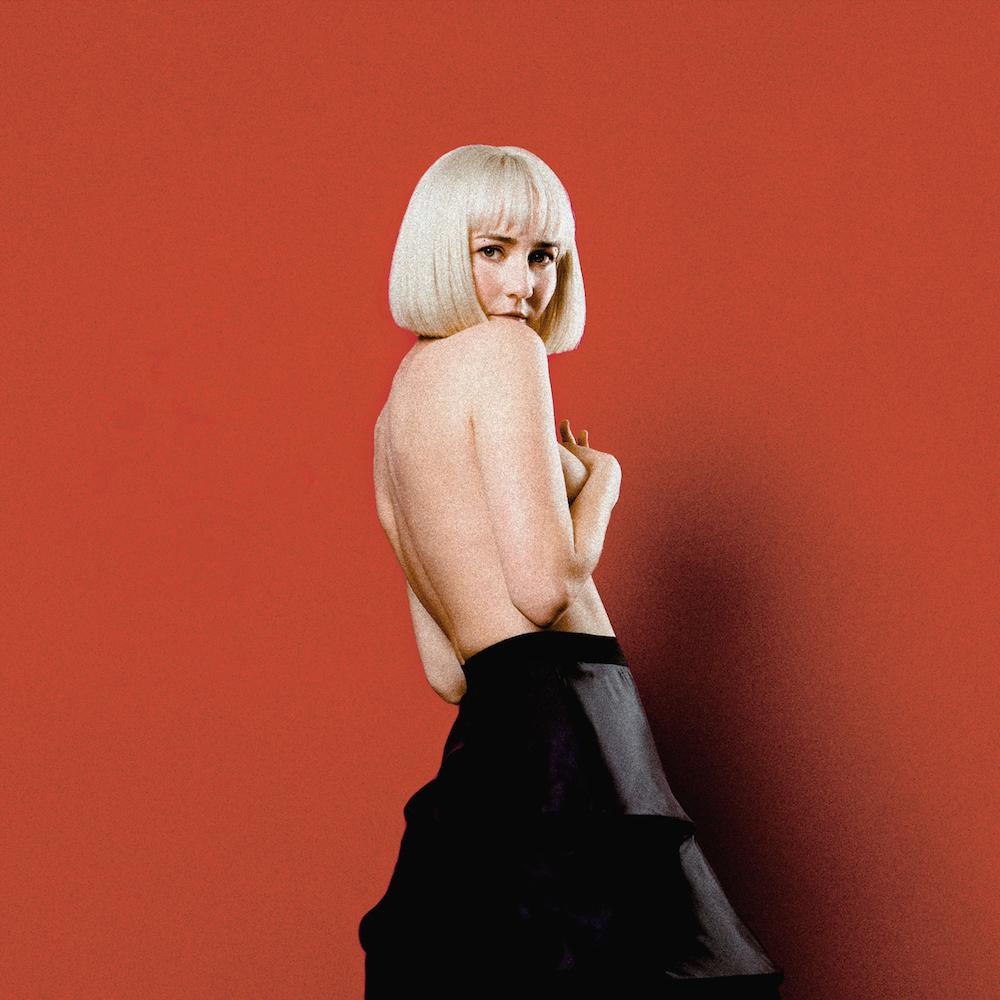