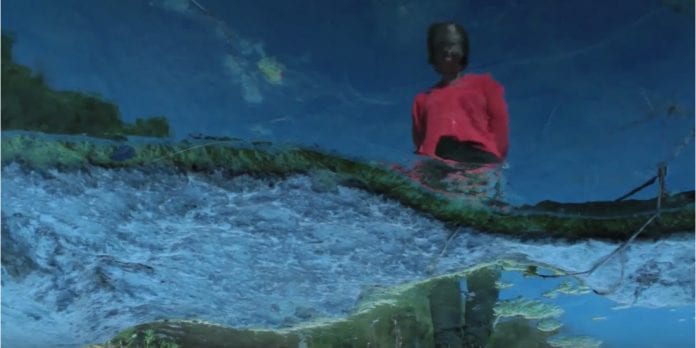 New York, NY (June 6, 2018) – Austin-via-Alabama songwriter Caroline Sallee aka Caroline Says has premiered a video for “Mea Culpa” via POND Magazine to announce summer dates with label mate Jessica Risker – watch + share via YouTube. “Mea Culpa” is featured on Caroline Says sophomore album, No Fool Like An Old Fool, which arrived in March on Western Vinyl, garnering praise from Pitchfork, NPR Music, Stereogum, and landing Caroline on the cover of the Austin Chronicle. The tour kicks off in Austin, wrapping in Chicago, with more dates to be announced in the coming weeks.

Discussing the video’s creation, Caroline stated: I made this video with my friend James Pritchard. I asked him to film it because I liked his Instagram photos (@________._____.___.__._._). He told me he had never filmed anything before, but we went for it anyway. We decided to make a video that was entirely shots of reflections of water. We spent 2 days wandering around looking for different puddles and creeks for him to film my reflection. I think James bought a camera that shoots video after we made this music video.

Sallee recorded No Fool Like An Old Fool while simultaneously working three jobs – finding the time was no easy task and her living situation didn’t make it any easier – a dank, mildewed basement apartment with noise from her landlords above bleeding through all day. The hurdles she navigated to record naturally led to ad hoc recording techniques, and endless sonic experimentation, often leading to her use of the computer as an instrument. Sallee loosens her earthly tether with No Fool, allowing her songs to float to ever higher altitudes on clouds of loops, immaculate melodies, and hypnotic harmonies, as she sings about aging, the daily grind, and hometown stymie. Lyrics were inspired from an array of sources, including the 1971 film ‘Panic in Needle Park’ and the idea of being in love with a heroin addict. A NPR story about a young Iraqi man who was killed in an ISIS bombing just before moving to New York City to become a professional dancer. Terrence Malick’s ‘Badlands’ and Bruce Springsteen’s Nebraska. While the song “Black Hole” features multi-voice harmonies sung from the perspective of 50’s spree killer Charles Starkweather. 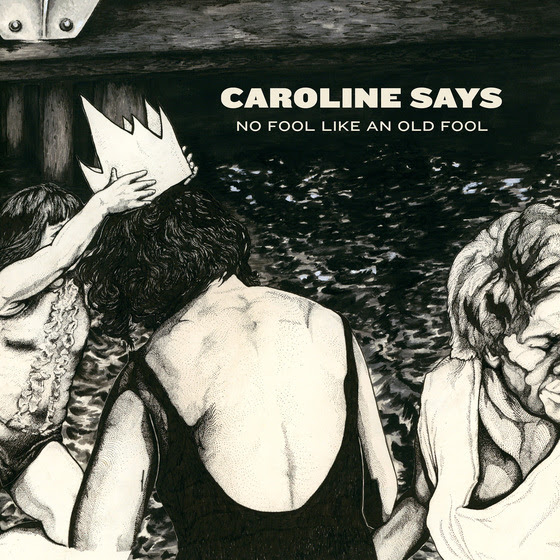