NASHVILLE, Tenn. (February 5, 2021) – Dubbed “one of the most exciting new voices” (CelebMix), pop-country artist Tyra Madison releases powerful new single “Hostage” – available today across all digital and streaming platforms. The mid-tempo tune, which showcases the Kentucky native’s powerful pipes backed by an earworm, hard-to-shake melody, was co-written by Sam Ellis, Sarah Haze, and Ben Caver, and was produced by Brad Hill and Dave Thomson (Brothers Osborne, Maren Morris, Brett Young). Sounds Like Nashville gave fans a first listen of the track, applauding the emotional lyrics “accompanied by a driving beat made up of guitar, drums and modern-leaning elements, along with haunting steel guitar that echoes throughout the tune.”

Hitting her stride right out of the gate in 2021, the cosmopolitan country songstress saw viral success on TikTok last month (watch here) when a video clip for past release “Right Girl Wrong Time” prompted her female-dominated following to jump over from 14,000 followers to over 158,000. The clip itself has been viewed nearly 4 million times and climbing.

Influenced by the likes of Carrie Underwood and Maren Morris, the powerhouse vocalist, insightful songwriter, and commanding stage performer first moved to Nashville from her native Kentucky in 2015, where she graduated from the prestigious Belmont University (known for turning out stars like Brad Paisley, Florida Georgia Line, Trisha Yearwood, Josh Turner, hit songwriter Ashley Gorley, and more). Since the move, Tyra has immersed herself in songwriting and performing in the Nashville community, her home state, and beyond.

Partnering with hit producers Brad Hill and Dave Thomson, she’s recorded songs written by some of Music City’s hottest writers, including Tommy Lee James (“She’s My Kind of Rain” for Tim McGraw; “All the Pretty Girls” for Kenny Chesney), AJ Pruis (“The God Who Stays” for Matthew West), and Big Machine talent Carly Pearce – and has proven her own songwriting prowess with releases like ” Right Girl Wrong Time” (co-written with Regan Rousseau). 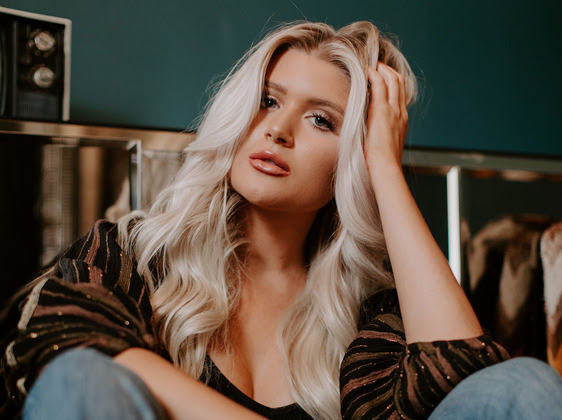 The future proves bright for this strong female force, whose promising talent and infectious personality combined with small-town charm, is sure to leave a lasting impression on the format for years to come.