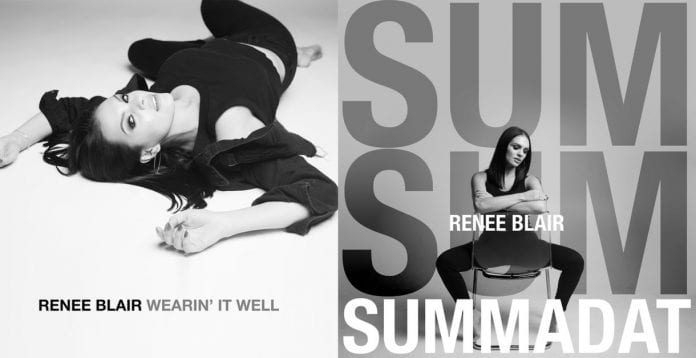 Listen to “Summadat” HERE and “Wearin’ It Well” HERE.

“I took a turn last year in my songwriting and wanted to start writing as a fan first. I asked myself, what do I want to hear as a country music fan,” questioned Renee Blair. “I love to have fun, I love to go out and get rowdy, and I think these songs both appeal in different ways to that. Fans show up to my shows ready to party and I’m just trying to bring the party to them through my music.”

The singer-songwriter has already been creating a buzz with her most recent single “Girlfriend,” currently featured on Spotify’s New Boots playlist. The video for the track premiered with CMT today (9/16), who stated Blair is “one of those voices that makes her sound like she’s not a newcomer at all.” Along with crossing over 3 million streams, Blair is also receiving independent support from radio.

“Of course the one time I didn’t have my phone is when I heard myself on the radio for the first time so I couldn’t document it. But truly it’s the most rewarding feeling in the entire world to spontaneously hear yourself. I wish I could bottle up that emotion and make it last a lifetime,” expressed Blair.