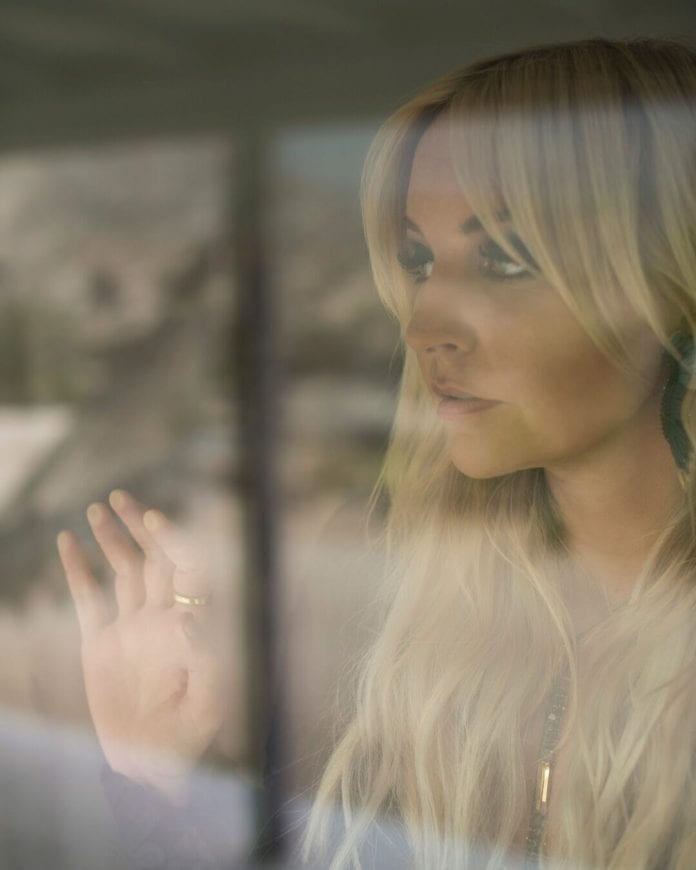 A Richardson, Texas native, Morgan has written songs for artists like Keith Urban, Kenny Chesney, Dierks Bentley, Maren Morris, Brett Eldredge, and more. Alongside friend Ross Copperman, Morgan and Eldredge have formed a power writing trio, penning almost a dozen songs for Eldredge’s albums, including chart-toppers “Lose My Mind” and “Beat of the Music.” Her dedication has earned her No. 1 singles and a BMI Country Song of the Year Award.

While her songwriting success continues to thrive, Morgan has always wanted to carve a unique musical space of her own as an artist. After spending days in the writing room and many late nights alone trying to find her own voice, it was a spontaneous trip to Joshua Tree that offered the stillness and soul-searching Morgan needed.

Armed with a barely used Taylor and trusty old guitar strap she’d borrowed from Jason Mraz, Morgan jumped into a rented Jeep and drove to Joshua Tree. The next morning, she awoke in her tiny cinderblock Airbnb to watch the sunrise, then got to work. There, Morgan penned album standout “Your Hurricane,” a rendering of love’s all-consuming ability to invade us, expose us, and leave us helpless, and followed that with the fast-rolling “Highway Robbery” — an electric-guitar driven dissection of being blindsided by a lover stealing away in the middle of the night.

The theme of love easily emerges as songs on ‘Borrowed Heart’ trace Morgan’s real-life experiences. Working alongside Grammy-nominated producer Paul Moak, Morgan began to bring all of the songs she’d written alone and with others to life to tell her story. “100 Miles,” the first song Morgan and Moak wrote together, pleads for space over subdued percussion and haunting keys and guitar. “We Were a Fire,” another early Moak-Morgan composition, is a slow-building ode to transformative passion, and the songwriting duo’s “Paper” is a tender gut punch delivered via Morgan’s pristine vocals and acoustic guitar, sounding somehow both accusatory and defeated.

Morgan also penned two songs with ACM Songwriter of the Year Lori McKenna: the title track “Borrowed Heart” and the poignant, “Arms of a Lion,” a song on which McKenna lends her vocals.

The album’s lead single “Your Hurricane” can be heard on Billboard, here: smarturl.it/bb_yourhurricane

A tour announcement will be made in the coming weeks. In the meantime, for more information, please visit heathermorganmusic.com.