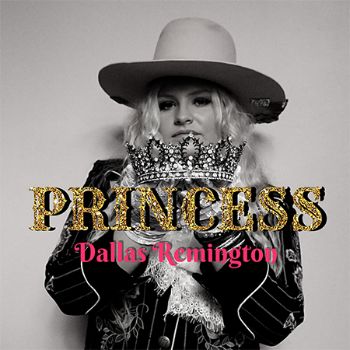 NASHVILLE, TENN. – (April 30, 2021) – After a long-awaited release, no-nonsense country recording artist and songwriter, Dallas Remington, revealed to industry VIP’s and media in attendance at a private first listen party held at 3rd & Lindsley, her fan favorite song, “Princess,” will be released digitally on May 26 and hit radio airwaves on May 24. Attendees were given insight to the song with a special behind the song Q & A hosted by respected Industry media icon, Devon O’Day. The upbeat and rowdy tune was penned by Bridgette Tatum, Nancy Deckant and Dallas Remington with production, engineering and mixing arranged by Eric Torres at The Couch Room Studio in Nashville. The sassy tune will be released to radio via PlayMPE promoted with support by Jennifer Blair (MusicRow) and Doc Gonzeles (Indicator/Activator.) “Princess” is available for Spotify pre-save for streaming here.

Watch livestream video of the Q & A with Devon O’Day and Dallas Remington here.

The inspiration behind “Princess” came from the Royal wedding back in 2018 when Bridgette Tatum commented “You ain’t a princess until you marry a prince,” and from there “Princess” was born. Everyone knows a girl who thinks she is a princess, even though she is not. This song is about a girl just like that, a girl who wants to be something she is not instead of embracing the life she already has. “If there is anything I’d want my fans to take away from it is to love who you are, where you come from, and know that no matter what someone loves you for YOU,” stated Dallas.

“‘Princess” is by far one of my favorite songs I have ever been a part of. Not only did I co-write it with two of my favorite songwriters, Bridgette Tatum and Nancy Deckant; but out of all the songs in my live set, it is the one I look forward to playing the most,” exclaimed Dallas Remington. “There has been a lot of work and planning behind releasing this song. As a team, we waited until what we feel like is the perfect time to release this song, and three years and two recorded versions later, the time is NOW! I hope everyone loves this song as much as I do. Get your sass ready, roll your windows down and rock out!”

“The day we wrote the song, Dallas walked into the room with the idea “you ain’t no princess,” after seeing something similar Bridgette had posted on her Instagram account. Bridgette started playing a hook on the guitar and the song came together like lighting after that,” shared co-writer  Nancy Deckant. “Sometimes when a song wants to be heard, it happens that way.”