While Swae Lee is known worldwide for his versatile discography and his crucial role in tracks such as French Montana’s “Unforgettable” and the Grammy-nominated “Sicko Mode” with Travis Scott and Drake (landed at #1 on the Billboard charts), pop powerhouse Chelsea Collins is known best for presiding over a world of her own design, bursting with booming beats and her unparalleled lyricism. Nylon championed the songstress as the “nonconformist pop singer with a vision,” reimagining pop as a thrilling, twisted fantasy. Together, the two have joined forces to bring us an undeniably captivating pop anthem that is sure to leave listeners wanting more.

“We fell in love, but I was living in LA and he was living in Utah,” says Chelsea on the relationship that inspired her latest single. “I felt like he didn’t understand my passion for music as well as my struggles with depression, and it was starting to make me hate myself. I ended up breaking up with him without a reason other than little excuses. I still regret parts of it to this day – he truly was one of the only people I’ve met who saw me for the person I really am, the person I’m scared to show most people – and I think me ruining that relationship stemmed from me thinking that some things are too good to be true.”

As a self-taught producer, the songstress expresses herself through her assembly of unconventional sounds that according to her, “you wouldn’t necessarily put together,” delivering an otherworldly series of singles that are the product of what she likes to call organized chaos. “Hotel Bed” exemplifies this, serving as the lead single from her forthcoming debut EP set to be released Summer 2021, giving listeners a taste of what they can expect to hear as she continues to take the pop world by storm with her unique sound. 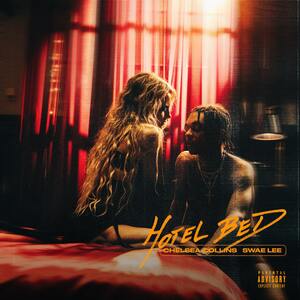