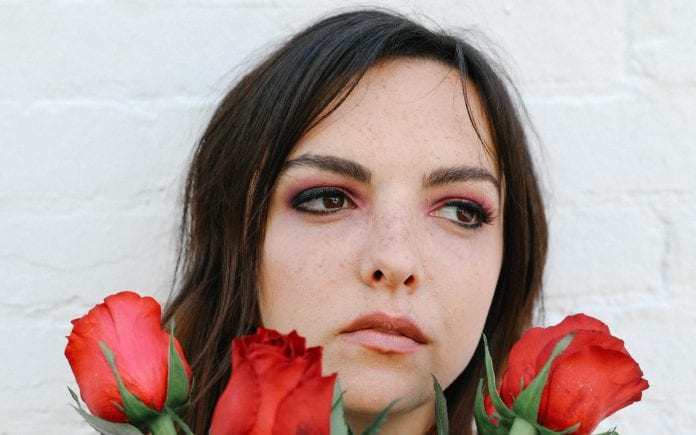 PROVIDENCE, RI | JUNE 7TH, 2019 – New dark pop artist Viana has released her debut single, “Wine & Roses,” out on all digital music platforms NOW. Most known as lead vocalist of the recently disbanded funky pop rock band Royal Street, Viana transforms into her own on “Wine & Roses”; it’s fierce, unconventional, and pristine. A lead in to an array of new music in 2019, “Wine & Roses” will follow with a music video later this month. Although just her first solo release as Viana, she has a clear-cut identity. A self-described ‘dark alternative-pop’ artist, Viana fashions an eerie, yet riveting sound on “Wine & Roses”.

About the track, she states:
Wine & Roses is a song about losing yourself in what used to be. We get hung up on our past, and often times we let it put a negative hold on our future. As we live more and more, we learn more and more, and it shapes us into the person we are meant to be. Even the adverse times in our lives make us who we are in the long run. The song ends with saying “Keep the magic close, if it’s all you know. The wine will always flow.” Meaning keep your passions close to your heart and keep moving, and you’ll get where you need to be. All of the lessons you learn along the way will bring you there. The chorus proclaims, “ I’m stuck with visions of you” meaning that what happened in our past becomes a part of us…we don’t ever forget, but we can move onto better times while carrying the lessons we’ve learned.

Viana has been singing ever since she can remember. She was born in the summer of 1993. Raised on church gospel, classic rock and a touch of jazz, Viana’s vocals have morphed through the years into a sound uniquely hers. A decade of fronting pop-punk bands, starring in local musical productions and dabbling in some moderate witchcraft have been integral in the formation of the ethereal melody-machine that is Viana.

Viana’s sound can best be described as dark alternative-pop. Enchanting beats, flawless vocal runs and syrupy sweet lyrics are enough to wake the dead and get even the saddest bones moving. Her influences include other unique and strong female singer-songwriters such as Maggie Rogers, FKA Twigs, Billie Eilish, Phoebe Bridgers and of course, our lord and savior, Beyoncé. With a style influenced by a combination of being a sucker for a catchy melody, yet still bringing a natural edge brought on by years of fronting rock bands, paired with her giant doe-eyes and freckles, Viana’s presence is one to pay attention to. Her gifts were shared while touring with past bands Sienna and Royal Street, playing to small groups in basements, and to crowds of 2,000+ enthusiastic and captivated show-goers.

Viana’s mission through music is to connect with all people and remember that self-expression should be about going with your gut and listening to your own instincts. Growing up in a female fronted band always striving to be the next big thing brings an unnecessary pressure. These days, she creates what she wants and what feels most comfortable for her, and wants to help her listeners do the same. After ten years of collaborative work, Viana’s fierce independence has led to the shedding of her past skin and the incubation of this unapologetically Viana project: new, strange, and no-f–ks-given. “Wine & Roses” is available on all digital music platforms NOW.