Following on from the release of her debut Disconnect EP – which saw support from Spotify’s [NMF UK, New Pop UK], Billboard, BBC Radio 1 & Notion to name a few – Electro-Pop artist – Darla Jade – returns with an original, solo single ‘Stories On The TV’ on 12th November 2021.

Stream ‘Stories On The TV’  HERE.

A straight up pop anthem, ‘Stories On The TV’ comes with the message that relationships take work and aren’t how they appear to be portrayed in television shows and films. Darla delivers her classic electro-pop sound, as well as introducing an alternative feel with the addition of electric guitars throughout.

Speaking on the release, Darla Jade explains “This was a track that I wrote at the beginning of the year in lockdown. Myself, Imad Salhi & Charlie Oriain got together over zoom and the idea came together quickly. This track feels like the end of an era from my last EP and transitions nicely into next year’s releases. It’s certainly going to be a fun one to play live!” 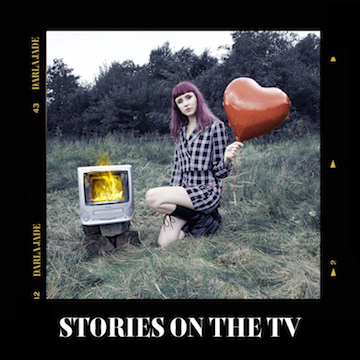 Darla Jade // Stories On The TV
Out Now