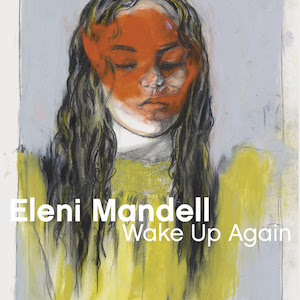 “Some songs were written there, while I was teaching and participating in the assignments that I gave,” says Mandell, “others are portraits or amalgamations of two or more inmates or were inspired by something I heard them say.”

The video for the first single, “Circumstance,” which was directed by Inara George, premiered today at the Los Angeles Times. Wake Up Again is now available pre-order.

“Circumstance” was inspired by two different women. Neither accepted responsibility for what lead to their incarceration. One said, “it just happened.” The other woman claimed that it was all her boyfriend’s fault. The word ‘circumstance’ comes from ‘around’ and ‘stand’, which I thought applied so well to life in prison, which requires a lot of standing around.”

For nearly two years, through Jail Guitar Doors, the organization founded by MC5’s Wayne Kramer and Billy Bragg, and the William James Association, Mandell “loved working with the inmates, hearing their stories and seeing them light up when they heard their words come to life in a song.”