Home News Music News EMELINE PREMIERES POWERFUL NEW SINGLE “this is how I learn to say... 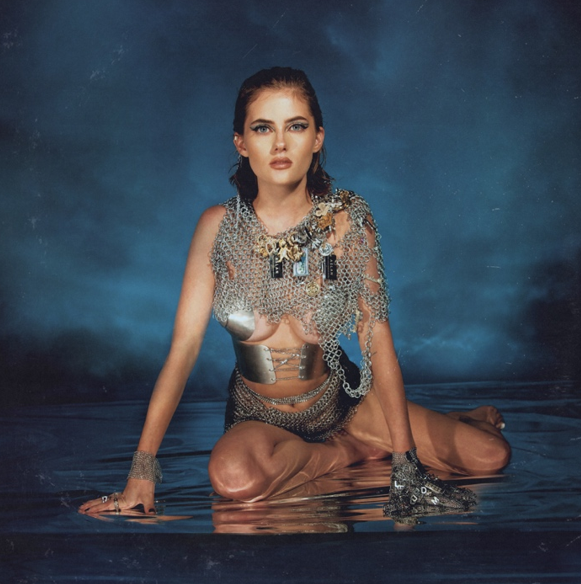 Originally from Rhode Island and now based in Los Angeles, EMELINE has a tremendous vocal range that’s in full force on “this is how i learn to say no.” With its woozy guitar tones and darkly charged beats, the track also showcases EMELINE’s immense talent as a lyricist, striking a stunning balance between raw vulnerability and unapologetic self-possession (e.g., “People talk shit, say they’re gonna get better/I hold my breath, I can’t hold it forever”). Written about her last relationship failing as she learned to set boundaries, “this is how i learn to say no” also speaks to the experience of watching her parents’ 15+ year marriage fall apart. Proving the incredible impact of her songwriting and vocal work, EMELINE recently had a viral moment on TikTok after posting a clip of her father’s deeply emotional reaction to hearing “this is how i learn to say no” for the first time.

“Setting up boundaries in order to show up for myself is a necessity for me, says EMELINE. “Once I realized that, I told my ex I didn’t deserve to be hurt in the ways that he hurt me, and then I went straight to the studio and wrote “this is how i learn to say no”. A few days later I uploaded the song to TikTok and experienced an outpouring of encouragement and understanding from people who felt seen in the lyrics and were empowered to set boundaries and heal in their own lives. I believe that it is my mission in life to be a healer, and music is the channel I use to do that.”

A multi-instrumentalist who plays guitar and piano, EMELINE first broke through with the premiere of “flowers & sex” — an irresistibly bold anthem that hit #4 on Spotify’s U.S. Viral 50 chart. Along with landing on nearly 30 Spotify editorial playlists, the track earned critical praise from outlets like Paper (who noted that the “blunt pop anthem…arrives at a time when people are craving a little self-love and a lot of sexual pleasure after a year of endless isolation”) and Earmilk (who hailed the song as “seductive, confident and perfect in synergy” while praising EMELINE as “transformative”). EMELINE first teased “flowers & sex” with an ecstatic clip on TikTok that’s now surpassed a staggering 18 million views combined, while the track has amassed over 10 million global streams since it’s release in June.

In all of her music, EMELINE moves forward with her mission of uplifting and supporting women everywhere. Naming the gritty honesty of artists like Alanis Morissette among her main inspirations, she previously made waves with a captivating performance at the first-ever Boston Women’s March, where she debuted her empowering single “Hush” to a crowd of 175,000.