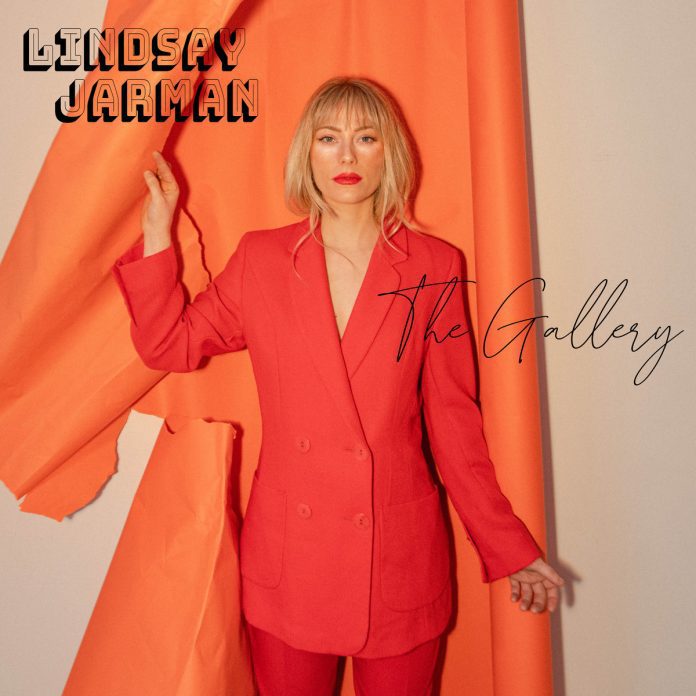 With Laurel Canyon folk vibes that mix and mingle with a Nora Jones-esque, jazz-influenced delivery and production, Lindsay Jarman’s music exudes a depth and maturity far beyond what one might be inclined to expect from a debut full-length album. But to hear her tell it, the songs are less creative endeavors and more a means of healing; of processing life’s painful moments and putting them out into the universe, enabling her to view them much like one admires the paintings on a gallery wall.

“There were extremely painful moments of my life that I was able to get some catharsis for through writing certain songs on this record … they definitely added to who I’ve become as a person,” Jarman says. “Patience is passion tamed, and the rapture that prevails the willful processing of trauma holds healing and gratification in its palm. This record offered that hand to me, and I took it. I found shelter there.”

The songwriter spent time in New York, writing jingles for a score house, before relocating to Georgia and enrolling in UGA, completing her studies in Arts, Entertainment, and Media Management several years ago. While she attributes much of her musical background to her father, she also nods to the value in self-discovery and individuality, enlisting the help of friends in the Atlanta music scene and connecting with producer/engineer Damon Moon to create The Gallery.

“I reached out to Damon, we went and had coffee, and it was an immediate connection,” Jarman says of Moon. “The emotion and care he showed the music was something I had never had.”

This harmonious relationship is evident in the stellar production of the album’s 10 tracks, which explore themes of self-identity, generational trauma, and lessons in love and loss, all set to a light, comfortable pace and instrumentation so superbly executed that it’s easy to get lost in the textures and overlook the somewhat heavy topic matter.

The lone, intimate acoustic that aptly kicks off lead-off track “Cherry Glow” might lead one to expect The Gallery to be a stripped back, solo affair, but Jarman and her talented cast of players quickly blow those expectations out of the water, elevating the song to a transportive affair, with muted trumpet, wispy piano embellishments, and dreamy backing vocals recalling the jazzy folk-pop of Carla Bruni and Linda Perhacs.

If the stunner “Go Child” is Jarman’s attainment of self forgiveness, the snappy, soulful “For Air” is the movement ever forward, but not without a much needed acknowledgement of the beauty in brokenness.

An album of life lessons wouldn’t be complete without the quintessential break-up song, and on the same token, it takes a proper love song to come full circle. From that respect, the jazzy “Rue Collective” serves as Jarman’s rumination on a toxic love, comparing it to the irritating piece of gravel in her shoe, and the subsequent track, “Parachute,” has her finding what she describes as the first healthy love in her life. Still, Jarman recognizes that even the most trusting of relationships need a soft landing pad in case things do become unsteady.

Jarman is backed by a combo worthy of best supporting cast honors, with some of Atlanta’s most talented virtuosos lending their talents to The Gallery‘s walls: Chris Case on keys, James Barrett on drums and percussion, Justin Powell on horns (his trumpet a true delight on the smooth, jazzy “In Your Genes”), and Madison Laughridge on backing vocals. Moon contributes bass in addition to engineering, mixing, and mastering duties, pulling it all together in a package that reveals more nuance with each listen.

The perfect accompaniment for your morning coffee or your evening glass of wine, The Gallery invites you to be enveloped by its intricate masterpieces. “Even though some of the songs were extremely difficult to bring into the studio, it is still a space in my life that I will go back to like a gallery, like hanging them up on a wall,” notes Jarman, describing the therapeutic nature of the album’s creation, comparing it to “a photo to remember this very special point in my life that influenced me.”

The darkest times often make the most beautiful art, and The Gallery couldn’t be a truer testament to that.