Home News Music News EMELINE SHARES FIERCELY HONEST NEW TRACK “WHAT IT MEANS TO BE A... 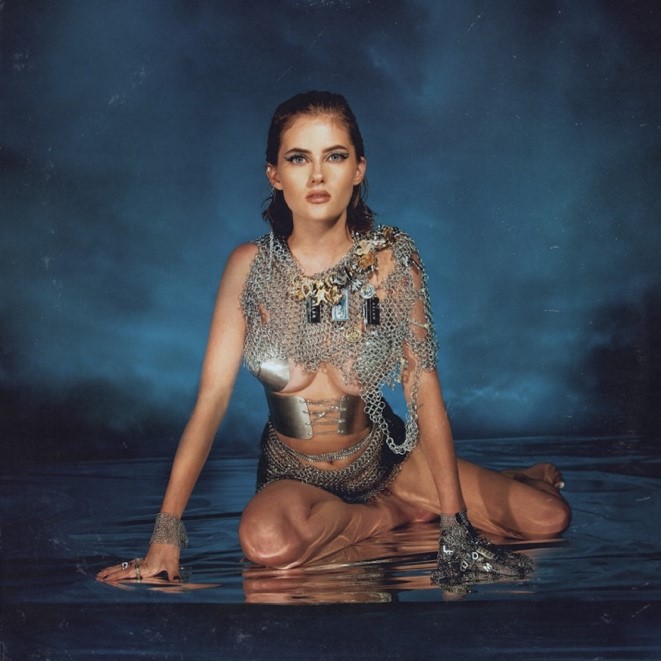 A deceptively breezy piece of noir-pop, “what it means to be a girl” arrives just ten days after EMELINE premiered the video for her recent single “this is how i learn to say no” — a massively inspiring anthem for setting boundaries and reclaiming your power. On “what it means to be a girl,” the Rhode Island-born singer/songwriter brings her captivating vocals to a candid account of her experience as a young woman in a dangerously toxic culture (sample lyric: “We’re living in a world/Where I get into clubs/Because I’m hot as fuck/But I don’t trust what’s in my cup”).

On both “what it means to be a girl” and “this is how i learn to say no,” EMELINE establishes herself as a self-assured and strong-minded artist who’s entirely fearless when it comes to speaking her truth. Released in August, the latter track has maintained major momentum on streaming platforms for the past few months, triggering a surge in popularity that recently brought her Spotify follower count to over 100K. Directed by Joelle Grace Taylor (a director/photographer who’s worked with FLETCHER, Ari Lennox, and Flo Milli), the video for “this is how i learn to say no” brilliantly captures the song’s narrative of rediscovering your inner strength (an element informed by EMELINE’s recovery from a painful relationship, as well as by watching her parents’ marriage come to an end).

A multi-instrumentalist who plays guitar and piano, EMELINE first broke through with her hypnotic single “flowers & sex”: a June 2021 release that hit #4 on Spotify’s U.S. Viral 50 chart, surpassed 10 million global streams within just eight weeks, landed on nearly 30 Spotify editorial playlists, and earned critical praise from outlets like Earmilk and Paper (who noted that the “blunt pop anthem…arrives at a time when people are craving a little self-love and a lot of sexual pleasure after a year of endless isolation”). With her gritty honesty and empowered vulnerability, EMELINE is now at work on more new music-driven by her mission of uplifting and supporting women everywhere.