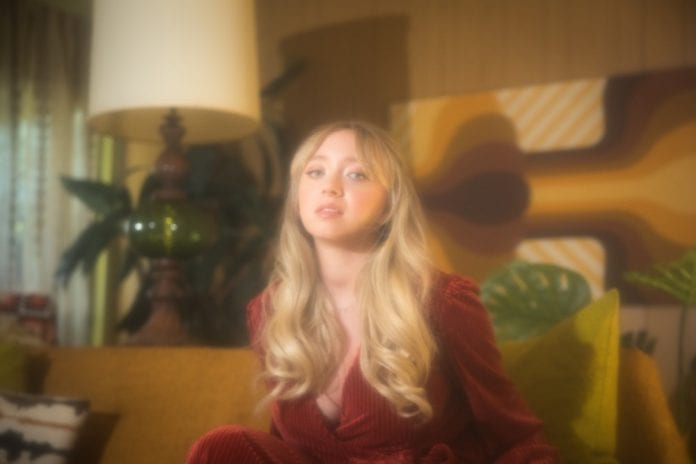 Los Angeles-based folk-pop artist Emma Charles dropped her new song “Osmosis” today with producer and cowriter Doug Schadt (Maggie Rogers, Ashe, Finneas O’Connell). Charles fills us in on the inspiration for the new single, her background in music, and what’s next.

Your new single, “Osmosis,” was co-written and produced with Doug Schadt. What inspired the new music?

For “Osmosis,” specifically, I was exercising in the gym in LA and thought I heard a song on the speaker system singing about osmosis and I thought that it was so cool! It turns out that it wasn’t actually osmosis, so I took the idea for myself. I thought it was really fun to be able to take such a clinical, scientific word and turn it into something really heartfelt and relatable. “Osmosis” details communication within a relationship, and how hard it is sometimes to know what the other person is thinking. I thought it would be great if I could just know what the other person is thinking automatically, and osmosis, by definition, is “the process of gradual or unconscious assimilation of ideas, knowledge, etc.”

What was the songwriting and production process like with Schadt?

It does vary per song. Sometimes I will come in with a song already mostly written, and he will build a track around it and help me refine the lyrics and melody. Other times, we start completely from scratch and we create a song that we think would just work really well. Doug usually starts by creating the track, and I work on the idea/concept and we come together to write the lyrics and melody.

How about the production of the music video? Where was it filmed and who are the actors and dancers involved?

The video was filmed in two locations in Los Angeles. The dancers, Erica and Michael, were connected to the music video through my creative director, Marina Piche. They were able to translate my song through dance so well, I am so lucky they were a part of my video! As for the actors, they weren’t actually actors at all, they were my roommates and best friends! Luckily, they all do have some form of acting training. Due to COVID, we all figured we would be much more comfortable filming a video with people we had already been previously quarantining with. It was so much fun to film together and I am so grateful to them for being in the video with me!

I started when I was two at Suzuki school of music. I was playing violin by the time I was three and piano by age five. I started voice lessons at age six and kept pursuing music and singing ever since. Luckily, my mom, grandmother, uncle, and grandfather are all musicians so I was exposed to really great music early on in my life.

As a graduate of Berklee College of Music, what did you major in?

I majored in Professional Music with a concentration in performance and songwriting.

I enjoyed your X Sessions on YouTube. Is that something you will be continuing?

It is difficult to predict now due to COVID, but hopefully, in the future, we can come up with a safe, distanced way to film!

What have you been doing during these difficult times to stay connected with fans?

I have been trying to keep my content going, whether it be through Instagram feed posts or stories, or various YouTube videos. I think it’s important for fans to see that all artists are struggling too, and it’s not always as easy as it looks on social media. I have also been going live a good amount, so hopefully, that gives my listeners a glimpse into my everyday, imperfect life!

I create music with the intention to bring people together. I write about a lot of universal topics that I think a lot of people can relate to. I want my listeners to feel like they are not doing life alone, and that other people are experiencing the same thing that they are. I just want people to feel connected to themselves, and to others through listening to my songs. Hopefully, they can see a bit of themselves in the lyrics!

Might we expect an album in the near future?

Since I am creating two separate EPs of eight songs, it might be a while before a full album drop, but it is never ever out of the question!