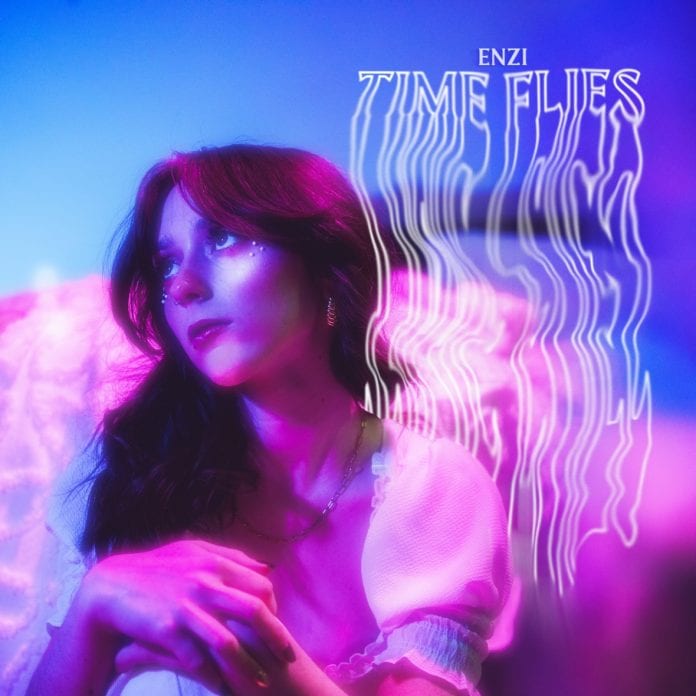 “Time Flies” is one of the most personal tracks I’ve written to date. In the last year, I struggled so much to find any motivation to just get out of bed. The crumbling world felt like it was crumbling all on top of me and it was completely paralyzing, emotionally and physically. After finally opening up to some others, I realized I was not alone. I wanted to write a song that encapsulated this feeling of total isolation, overwhelming apathy, and complete mental paralysis. I know they say “time flies when you’re having fun!” But time also flies when you’re mentally withdrawn. – ENZI

“Time Flies” comes on the heels of ENZI’s hometown live performance last weekend – her first since the pandemic – where she previewed the track to fans at Lost Lake Lounge in Denver alongside previous singles “Retrograde” and “Mad Chemistry.” Both tracks were met with critical acclaim from Refinery29, UPROXX, American Songwriter, BlackBook, Colorado Public Radio, Alternative Press, Westword, and more upon their release.

Originally from Northern Colorado, ENZI recently moved to Nashville to pursue her studies in songwriting/music major at Belmont University. She released her debut single “Flipside” in 2018 and has since scored multiple syncs across MTV‘s original programming as well as support from iHeartRadio. She was awarded a top-ﬁve spot at KTCL 93.3’s Big Gig in Colorado and she was also tapped to open the station’s Not So Silent Night concert in 2019. With only a handful of singles to her name, ENZI has already shared stages with The Head and The Heart, Fitz and the Tantrums, Walk the Moon, and more – all before her junior year of college.

“Time Flies” is out now and can be streamed HERE. For all up-to-date information on new music, please stay tuned to www.iamenzi.com.