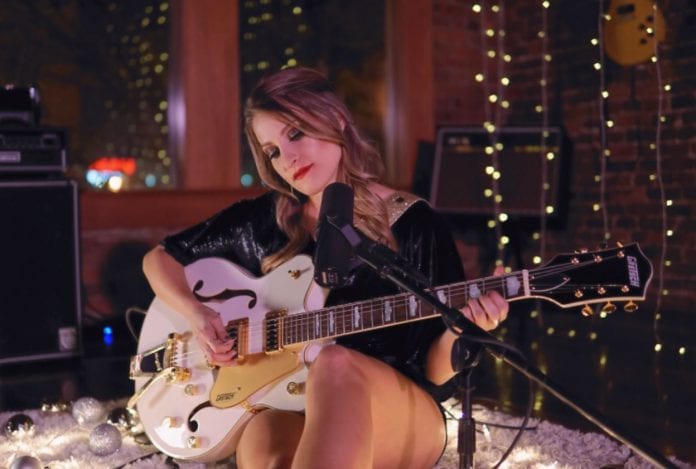 “Santa Baby” is one of my favorite Christmas songs ever, and I loved getting to play it on my amazing Gretsch Electromatic! Plus, any chance to put on some sparkles and get in the Christmas spirit makes for a great night!” ~ Lena Stone

Country music’s rising star Lena Stone is releasing her official music video featuring her cover of the Christmas classic “Santa Baby.” Stone is one of the co-founders of Song Suffragettes in Nashville which is a weekly showcase held at the Listening Room, and it’s all about women supporting women in music. Not only did Stone co-found this show, but she also co-wrote “Fight Like A Girl” and “He’s Just Not That Into You” with Kalie Shorr.

A Nashville resident by way of Massachusetts, Stone moved to Music City to pursue a career in music when she was 18 years old. Since that time, she has ingrained herself into the Nashville music scene releasing singles “Nervous” (2017), “Can’t Think Straight,” “October,” and “Running Out of Red Lights” (2018), and a self-titled EP in the Spring of this year which received favorable recognition by major media outlets.